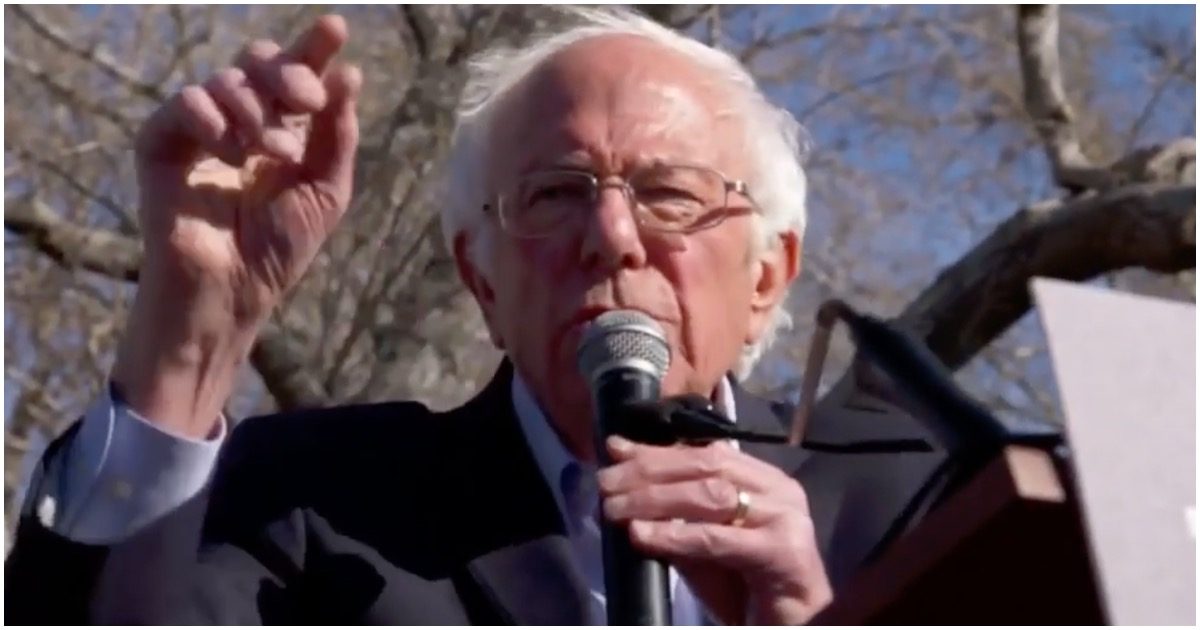 When you come out and say the American people will get this and that and the other thing and it’s all going to be free, well, you better know how much it’s going to cost – because nobody gets anything for free.

Why does a man in his 70s still not understand how economics work? Why does Bernie Sanders have a single supporter in this country? Thanks a lot, media – you continue to lead the blind off the cliff.

You could take any two Democrats running for office today and plug them into the lead roles of a future “Dumb & Dumber” sequel. Any two.

That’s how ridiculous these people have become.

Check out Bernie’s new plans to fight the climate and how much it will cost the American people, via Axios:

2020 contender Sen. Bernie Sanders is going big on Thursday with the announcement of a $16.3 trillion energy and climate change plan.

Sanders’ plan calls for 100% renewable power and transportation systems by 2030 and decarbonizing the whole U.S. economy by 2050. The plan explicitly calls itself a Green New Deal, the sweeping idea popular on the progressive left.

In a rant, the 2020 presidential hopeful went off on President Trump like not seen in a little while.

Flashback: Joe Biden Promises to Cure Cancer If He Is Elected President In 2020 [Watch]