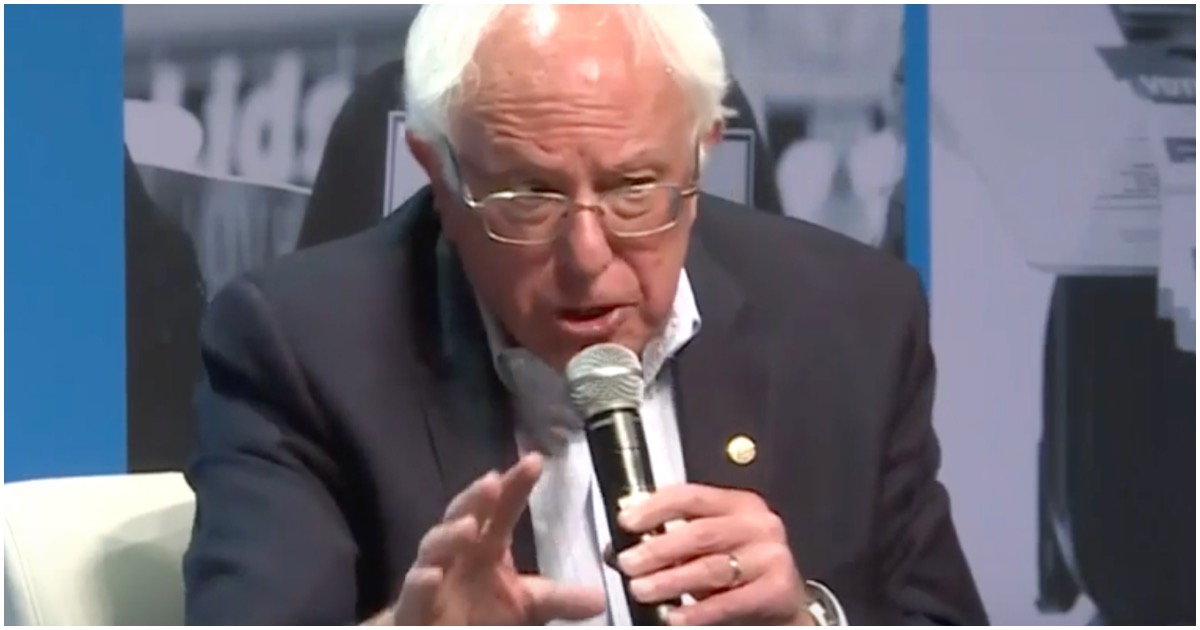 But that’s not all…

Sen. Bernie Sanders (I-VT) said on Saturday at the MoveOn Big Ideas Summit in San Francisco that the United States should stop “endless wars,” cut military spending, and “move toward a global community.”

Bernie noted, “When we end endless wars, we can finally be able to ask ourselves how do we move toward a global community.”

He did not address how global community benefits would be paid for, but Sanders did say that the U.S. should cut military spending and use the money for other purposes, including fighting climate change to “save the planet.” Sanders said the some of the funds redirected from the Pentagon could also be used to get rid of fossil fuels.

Isn’t this like spitting in the faces of his fans?

Sen. Bernie Sanders (I., Vt.) acknowledged he was a millionaire Tuesday and credited it to his large book sales, telling the world, “If you write a best-selling book, you can be a millionaire, too.”

Sanders declared his soon-to-be released tax returns would be “boring” and didn’t deny his millionaire status in an interview with the New York Times.

Come on, Bernie. Share some of that money with the rest of us and pay more taxes!

That, apparently, did not matter to Bernie and his 2020 presidential team.

REVEALED: New Poll Shows Vast Majority of Americans Are Against Impeachment of Trump

Democrat Governor Thought He Dunked On Trump, Then It Epically Backfired In His Face (DETAILS)