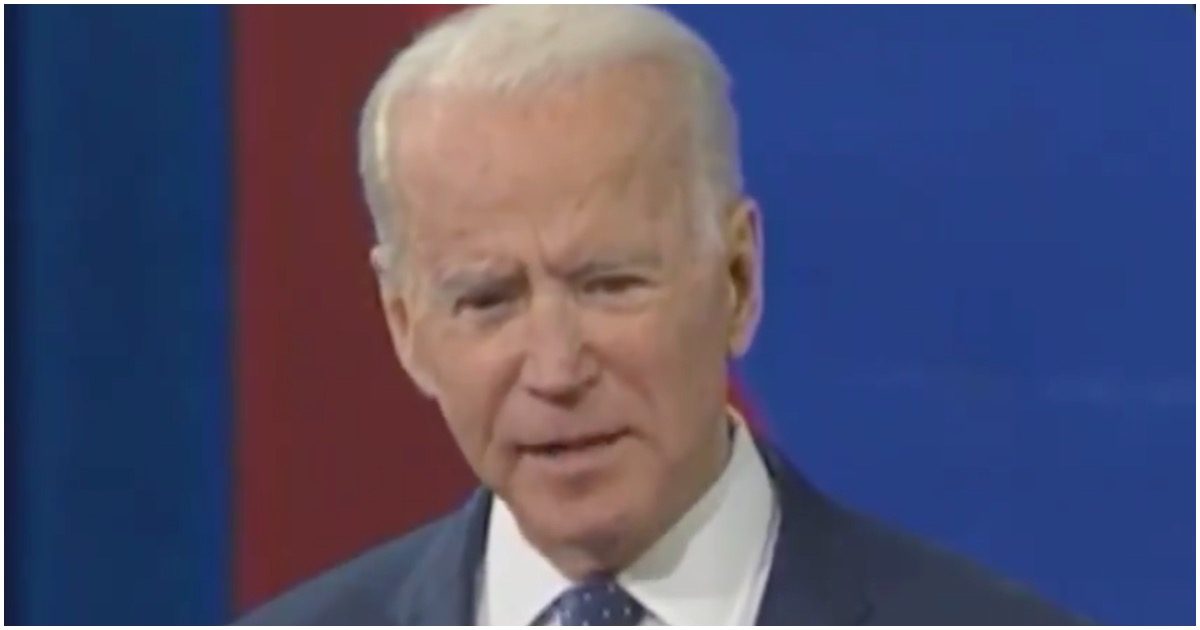 More often than not, soon-to-be thrice-failed presidential candidate Joe Biden doesn’t know what he’s saying. If he does, he’s not doing a great job of communicating his thoughts with the American people. Case in point: this specific answer about gun control during a town hall with CNN just one day after the ninth Democrat debate, which took place in Las Vegas. From Daily Wire:

Democrat presidential candidate Joe Biden made extreme remarks during a CNN town hall event on Thursday night where he called for banning semi-automatic firearms and “clips that have multiple bullets in them,” which would effectively ban nearly all firearms.

Biden noted, “I’m going to do everything in my power in office or out of office to get those assault weapons off the street, which I have done once already. And to get those clips that have multiple bullets in them not for sale, not be able to sell silencers, all those things.”

Joe Biden ratcheted up the Democrat Party's attacks on the Second Amendment:

Biden: ban "assault weapons" & "get those clips that have multiple bullets in them not for sale, not be able to sell silencers, all those things."

This is a broadside on every law abiding American. pic.twitter.com/NDA0YYVlQv

So Joe. Would muskets, (from your era), still be allowed?

It’s called a magazine. A clip is something you put in your hair.

You would think they’d know a little bit more about the right they’re trying to take from us.

He literally has no clue lol

It's very disingenuous of Biden to say he's going after manufacturers and the #NRA, when those actions will ultimately screw law-abiding gun owners out of their #2ndAmendment rights…

Democrats really hate the idea of Americans being able to protect themselves with guns. For some reason, to this day, every single responsible gun owner gets lumped in with all the bad guys who commit gun violence.

Enter Biden, who said something wild about the Second Amendment.

Warren: ‘I’m Not A Woman of Color’ So I Haven’t Been ‘Slammed Into the Wall’ By A Cop [Watch]