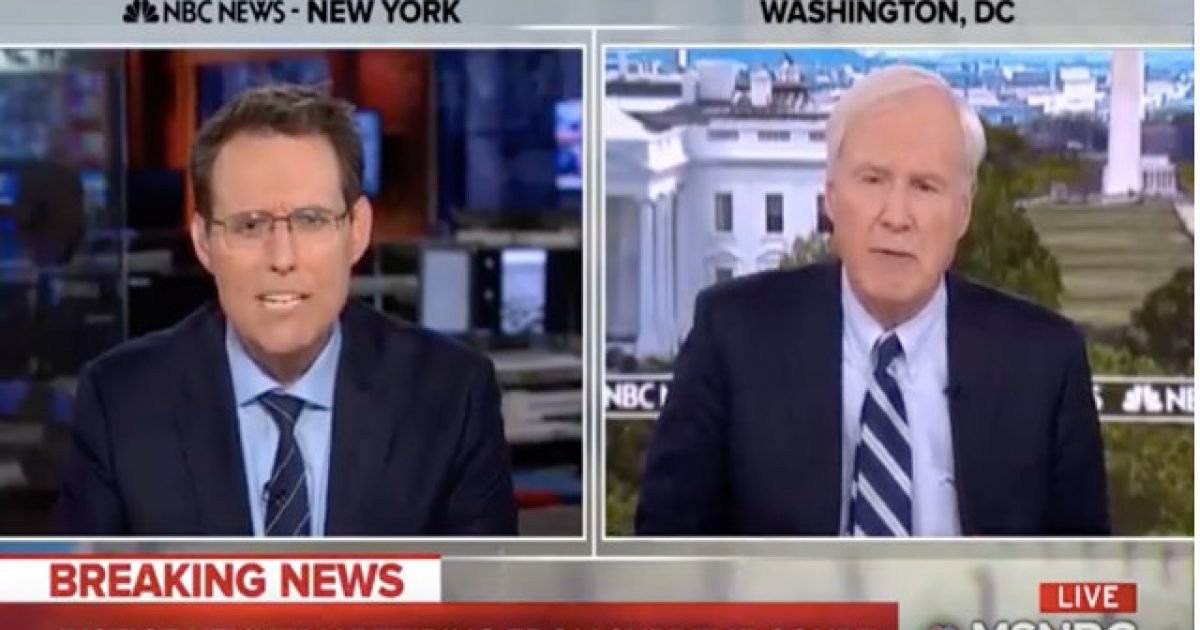 MSNBC host Chris Matthews is one of the crankiest fellows in modern day journalism, often times losing his mind over anything that falls in favor of the conservative agenda.

With that context in mind, you can probably guess how all of the Supreme Court news this week impacting his mental state. Let’s just say he’s not doing well. Maybe the words “unhinged” and “wackadoo” will clue you in.

Matthews lost his mind during an angry rant about SCOTUS going off the rails on a fellow cohost at his network. Check it out.

MSNBC’s Chris Matthews went apoplectic on Wednesday after Justice Anthony Kennedy’s bombshell announcement that he is retiring, a decision that has handed Donald Trump another Supreme Court nominee and resulted in literal wailing and gnashing of teeth over at the Democratic National Committee. Matthews spent the rest of the day shouting from the rooftops at MSNBC that it’s “time for vengeance”: the Democrats must try to shut down the nomination of the next justice using any means possible.

At one point comparing what he believes will happen in the Senate to “the Spanish Civil War,” Matthews warned Senate Democrats that they’ll all be ousted by their progressive base if they fail to get “vengeance” for Republicans blocking Barack Obama’s nomination of Merrick Garland in 2016.

“I don’t think the Democrats should allow even meetings to occur for Trump’s nominee to fill this vacancy by Justice Kennedy,” Matthews said on MSNBC’s Hardball Wednesday. “I think they have to fight eye for an eye for what happened in ’16, where the Republicans led by Mitch McConnell refused to even consider or meet with Merrick Garland. I think if the Democratic leadership under Schumer allows this to go forward, they’re going to have a huge problem with the Democratic base.”

“I’m not a parliamentarian!” yelled Matthews in frustration after Kornacki again asked his simple question.

Matthews might need to take a break from all things political and allow himself a few days to relax. It seems he’s getting dangerously close to blowing a gasket.

Conservatives had to deal with a lot of garbage from the left when Obama was in office and they ran Congress, so they might as well get used to it because it’s now their turn.

Mastermind Behind Benghazi Attack Just Got Some Bad News