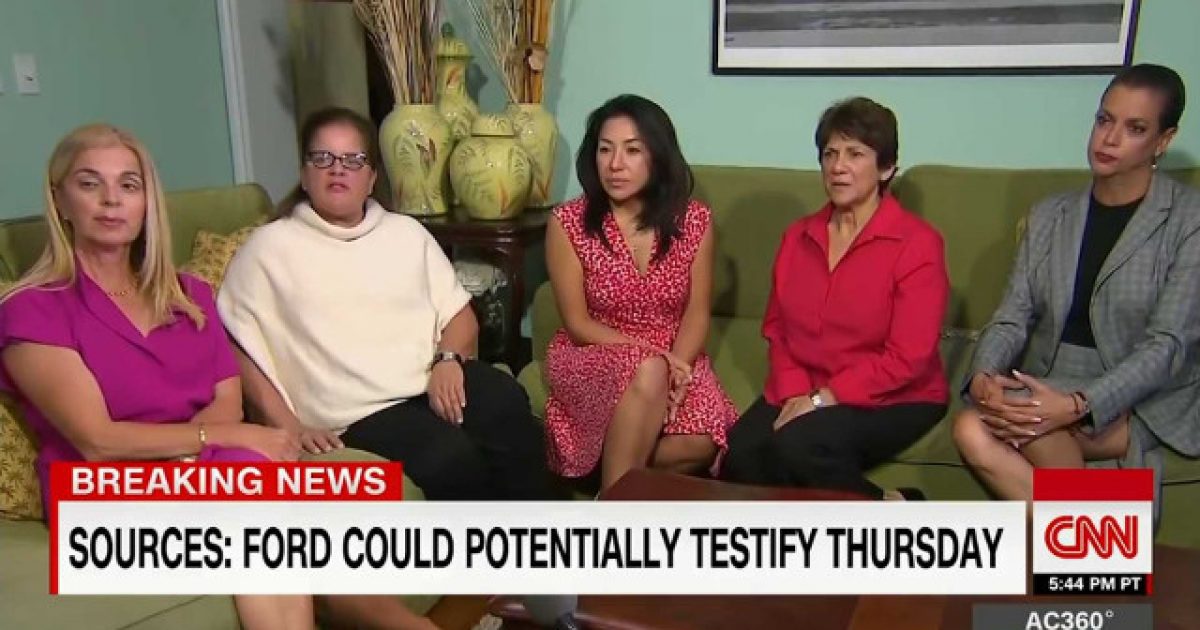 CNN recently interviewed a group of five Republican women in the state of Florida for a segment they aired on Thursday evening, asking whether or not they believed Judge Brett Kavanaugh’s denial of the sexual assault allegations leveled against him by Dr. Christine Blasey Ford.

Shockingly, all five women stated they believed him.

“A show of hands, how many of you believe Judge Kavanaugh when he says this didn’t happen?” CNN’s Randi Kaye asked.

All five women raised their hands.

“How can we believe the word of a woman from something that happened 36 years ago?” Castillo De La Pena responded. “This guy has an impeccable reputation. Nobody, nobody that has spoken ill will about him. Everyone that speaks about him. This guy’s an altar boy, a scout. Because one woman made an allegation? Sorry, I don’t buy it.”

“In the grand scheme of things, my goodness, there was no intercourse,” Inna Villarino added. “There was maybe a touch. Can we — really? 36 years and she’s still stuck on that?”

That exact question is the same one we’ve all been asking ever since Ford came forward with her allegations. Why in the world would you allow someone who sexually assaulted you to gain all of that power as a federal judge?

The real strange thing though is how much she has refused to testify before the Senate Judiciary Committee, which counts as under oath testimony, with real legal implications. If she’s telling the truth and he’s not, get him on the stand and skewer him, get some justice.

However, she’s fighting against that tooth and nail, which makes it seem as if she’s guilty herself of not telling the truth. Guess we’ll just have to wait and see how it all plays out.

Women’s March and Other Leftist Groups Could Potentially Lose Non-Profit Status. Here’s Why.