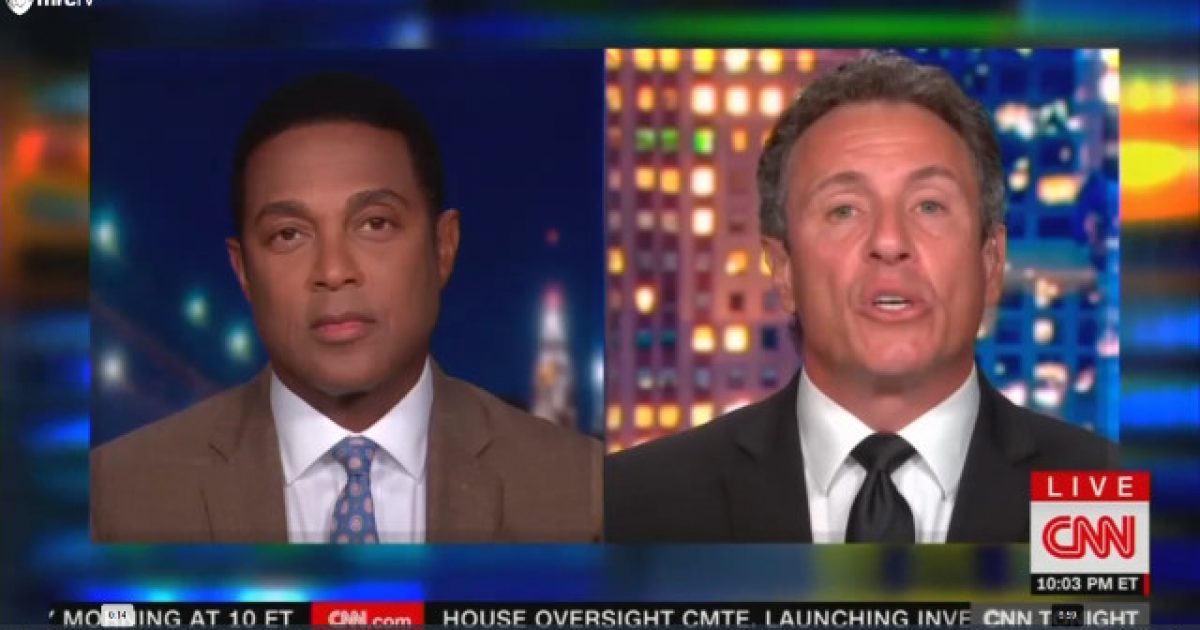 CNN anchors Chris Cuomo and Don Lemon are notorious for mocking folks who support President Trump and who actually try and live decent lives without the need for massive government interference, usually painting them up to be white supremacists of one sort or another.

And the pair are up to their usual tricks again. The two went on a rather lengthy rant against white people and then singled out Christians and “Christian privilege” along with the typical bashing of Trump supporters.

Christian privilege? You mean like being privileged enough to have your business shut down when you refuse to compromise your beliefs and cater a same-sex wedding? If that’s being “privileged” I think I’ll pass.

Declaring that “America has a problem with race,” Cuomo and Lemon blasted critics of Marxist critical race theory as supposedly being frightened by a “boogeyman” and accused President Trump of “scaring white people” for his political advantage, because “scaring white people works.”

The two claimed poor white people are being “pitted against” people of color by rich white people and being played for a “sucker.”

The two of them then went on to single out Christians. “If you are a Christian, there is a privilege in the society because we prioritize Christianity.”

Again, the question I and millions of other believers have, is where is this prioritizing being done? We’ve seen an obvious decline in the influence of Christianity in the overall values our country supports. In fact, being a Christian gets you mocked relentlessly and labeled a racist, a bigot, and everything else.

“So, this whole idea about there is no privilege in society for white people. That’s bulls***. There is a privilege,” Lemon ranted. “If you are a Christian, there is a privilege in the society because we prioritize Christianity even though we’re supposed to be a country that believes in freedom of religion. … But yet, what do we do? We demonize Muslims. We demonize Islam. We demonize anybody who is pretty much not a Christian or even if you don’t believe in religion.”

They then went on to say that white Trump supporters are terrified of “kooky left and crazy blacks burning down their neighborhoods.”

I think, given the riots that have been on the nightly news for months now, that fearing the destruction of your neighborhood by left-wing radicals is pretty reasonable.