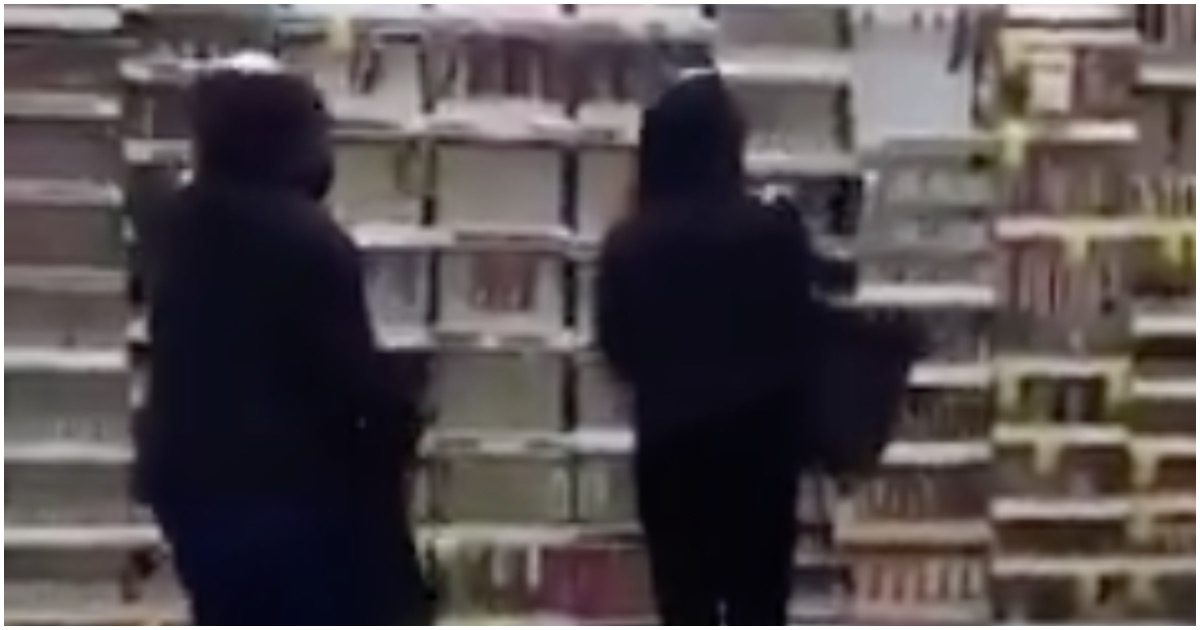 It’s no secret that the Golden State has become a cesspool of liberal nonsense. But what is to be expected when citizens continually put the likes of Adam Schiff and Nancy Pelosi in office? Check this out, via Fox News:

SAN FRANCISCO – In a lighted garage on one of San Francisco’s busiest streets, a young man in baggy trousers and messy brown hair pulled down his pants. He had been hiding two pairs of stolen jeans with the tags still on them. He handed them to another man waiting nearby, took some money, pulled up his pants and headed back into another store on Market Street — home to the city’s high-end designers and big-chain retail shops.

The incident wasn’t a one-off. These brazen acts of petty theft and shoplifting are a dangerous and all-too-common consequence of Proposition 47, a referendum passed five years ago that critics say effectively gives shoplifters and addicts the green light to commit crimes as long as the merchandise they steal or the drugs they take are less than $950 in value. The decision to downgrade theft of property valued below the arbitrary figure from felony to misdemeanor, together with selective enforcement that focuses on more “serious” crimes, has resulted in thieves knowing they can brazenly shoplift and merchants knowing the police will not respond to their complaints, say critics.

Proposition 47 is seen by critics as one of California’s biggest blunders. Supported by the state Democratic Party and championed by the American Civil Liberties Union, the referendum was passed by a wide margin in 2014. The idea behind it was to reduce certain non-violent felonies to misdemeanors in order to free up resources for cops and prosecutors to focus on violent offenders.

Most people might not have figured that California could become an even larger dumpster fire when Gavin Newsom took over as governor for Jerry Brown. But Gavin Newsom is proving them wrong.

Things can get much worse in the Golden State – and have. They are banning and taxing at an extraordinary rate.

Not only did Cali cut off power to over one million residents to “prevent” wildfires (and at least person person has died because of it), but the liberal overlords of the state have decided to pay college athletes, demand colleges carry abortion drugs, and now they’re banning fur.

Is this what people were demanding? What about the illegal alien problem? Or the homeless population problem? The ridiculously high rent? The out-of-control gas prices?

Shouldn’t those issues be addressed first?

Let’s face it, people. California politicians honestly believe they know what you need better than you do.

Don’t fight it. Just move. Go to Arizona or Texas. Then and only then, will California will change.

California is officially the first state in the nation to ban the sale of new fur clothing. https://t.co/DktoKYYPww

It’s also officially the first state to be okay with people using the street as a bathroom. Good job.

When do you plan to ban homelessness and ridiculously high (unaffordable) rents?

The people dying on your streets and sick in hospitals with 3rd world diseases that were thought eradicated from America thank you for you attention to… (check notes)…. fur coats

Seriously how is this helping with our homeless, high electric/fuel costs, and healthcare

While this is good it would be great if you could do something about the homeless dopefiends doing daily property crimes all over the state.

I mean cool, I guess, but are they banning the sale of meat too? Because they kinda go hand in hand

That's great and all, but can you do something about the cost of living and housing prices?!

Why is this a priority with everything else going on?

It's also the first state to bring back the plague in mass amounts. But way to go on the fashion policing.

Cut off the electricity and ban fur coats. Brilliant. Here 🧠you might need that.

I'm sure everyone without power was worried about f'n fur clothing

Bloomberg Says ‘No Doubt’ He Would’ve Beaten Trump, But Couldn’t Even Beat Dems In Primaries