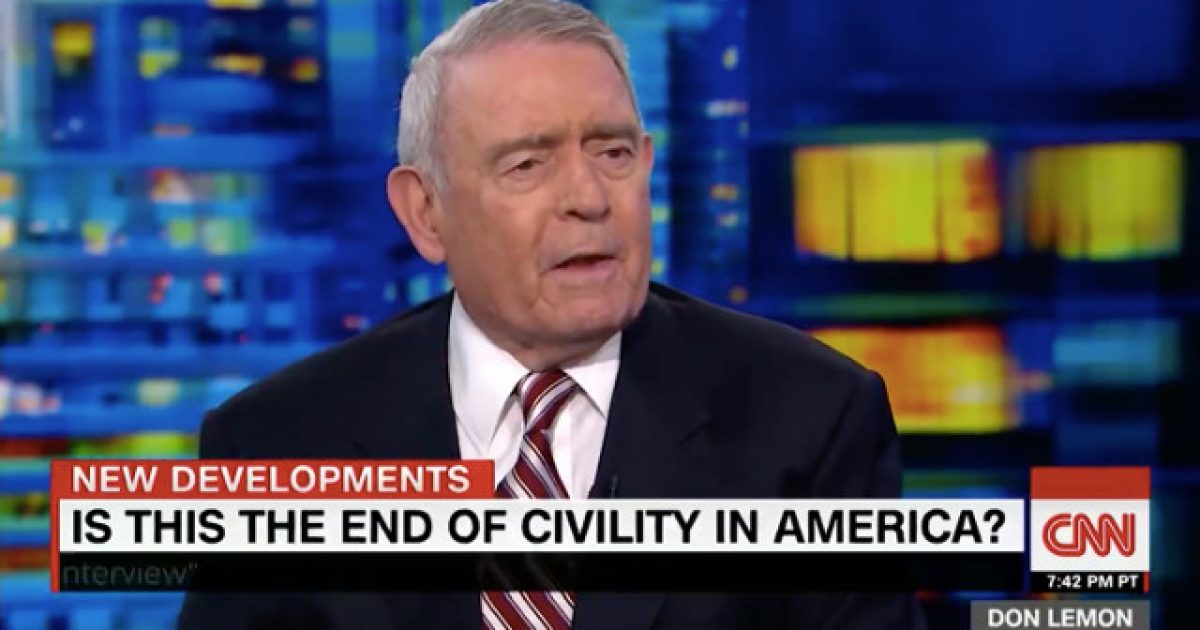 Former CBS News anchor Dan Rather thought he would jump on the Trump hate bandwagon and make himself once again appear relevant in modern culture and journalism, but it seems the attack he launched on the president backfired in a pretty big way.

Rather made an appearance on “CNN Tonight” with Don Lemon, commenting on the current political polarization happening in the United States. Instead of zinging Trump he may have inadvertently given him his next campaign slogan.

After saying that he had never seen anything like Trump, Rather said, “President Trump gives every indication by what he says and what he does and what he doesn’t do, that he’s mean as a wolverine, and we’ve never had a president who had that reputation.”

Rather’s comment was taken as a positive by Trump supporters who thought it would make a cool campaign slogan.

I think @realDonaldTrump would endorse the slogan. “As mean as a wolverine”! Has a nice ring to it actually. We should thank Rather for the terrific campaign slogan.

Dan Rather said President Trump is "Mean as a Wolverine". Yes sir he is. We didn't vote to put another sissy in the White House who doesn't have a spine to stand up for America.

We voted for an America First President that is tough, fights back and plays the media like a fiddle!

Dan Rather on Trump: "He's mean as a wolverine."

Don’t these guys realize they just make @realDonaldTrump look more badass when they say things like this? I mean do you want to vote for a negotiator that’s “mean as a wolverine” or “meek as a mouse”? pic.twitter.com/dNHg8w7ne5

One has to wonder how Rather felt this morning, seeing that folks were taking his comments about Trump as a positive thing, even suggesting it be part of his next campaign slogan?

Surely he was ticked off a bit by that, especially because he was doing his best to look important and relevant and instead he only made the president that much cooler.

The fact Trump doesn’t roll over and show his belly at the first sign of trouble, that he actually stands his ground and plays hardball with other world leaders is what has produced the success he’s had on the global stage.

Other alpha male leaders respect his attitude and the way he takes charge of a situation, thus they end up trusting America more.

What do you think the chances are Trump retweets something about being a wolverine?