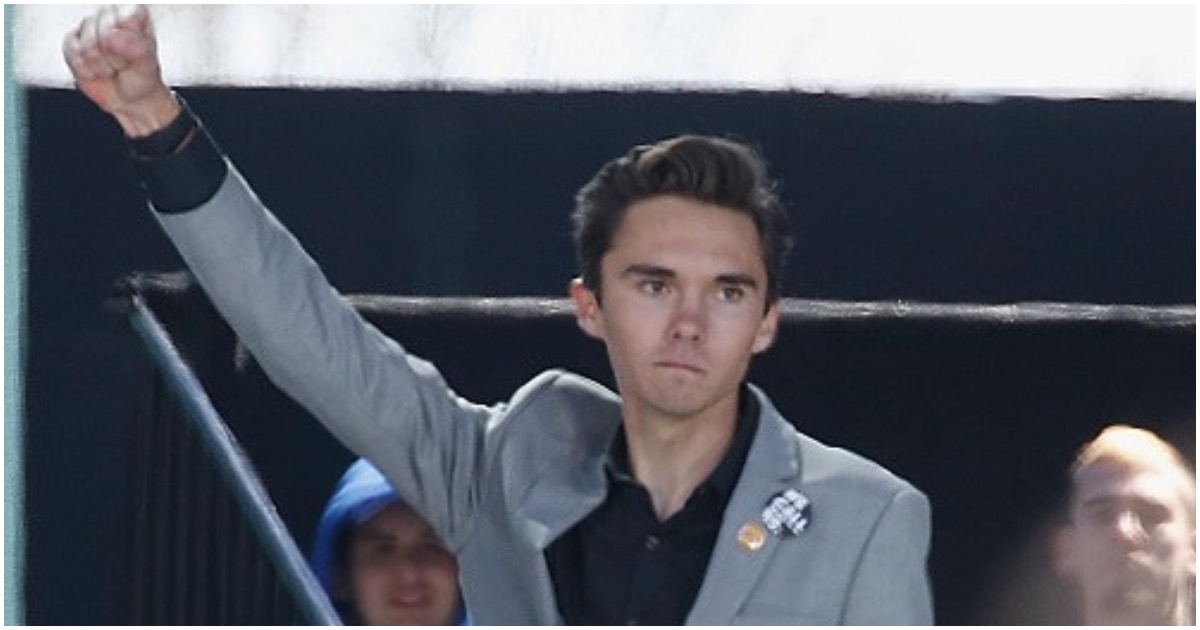 According to the teenager, AR-15 owners are more interested in “hunting” humans than they are self-defense.

During an interview with MSNBC’s Andrea Mitchell, gun-control activist David Hogg claimed those who own AR-15s and similar rifles are not interested in self-defense but in hunting human beings.

After telling viewers that Americans need to find unity in addressing gun violence, Hogg was asked about his recent efforts to ban certain kinds of semiautomatic firearms at the state level. He said he and other March for Our Lives activists had introduced a ballot initiative to ban so-called assault weapons in Florida. He said those who own an AR-15, the most popular rifle in the United States, want to hunt other people.

More on Hogg, via The Hill:

Activist David Hogg took a jab at the GOP on Tuesday by saying their plan to address climate change is to send “thoughts and prayers.”

Hogg responded to a tweet from Democratic Sen. Brian Schatz (Hawaii) asking: “But seriously what is the Republican plan for climate change?”

When a kid is rejected from multiple universities out of high school it’s sad, but it also signifies that grades weren’t good enough for entry.

That much should be clear.

So then, how did David Hogg get rejected from multiple schools and somehow make his way into Harvard, perhaps the most prestigious university in the world?

Lest we forget Hogg has been a bully to right-wingers for a while now.

Thank you all for the well wishes, I’ll be attending Harvard in the fall with a planned major in Political Science.

Hogg got a 1270 on his SAT. The bottom 25% at Harvard have an average of 1460. Really shows how the admissions decisions are subjective.

Interesting to consider this in context of lawsuit against Harvard for discriminating against Asian students with higher scores. https://t.co/i7ZAIbbwMC

Let’s be blunt: David Hogg is being rewarding for being an asshole on Twitter. OK, let’s be kind: for being Twitter famous.

By giving him this award, Harvard is participating in encouraging people to engage in behavior that is objectively bad.

I’m all for college admissions being more than about test scores & GPA, but here’s the thing the media will never say about David Hogg/Harvard:

If he had used his celebrity/platform to promote a pro-2nd Amendment position, there’s literally ZERO chance he gets in. ZERO #LibBias https://t.co/FHB1Id2fv6

David Hogg is everything the left normally hates (white, male, rich) but has the right opinions.

POLL: Is there a crisis on the border?

Would We Still Have Power and Water If We Had a Massive Coronavirus Quarantine in the US?
February 17th, 2020 Sons of Liberty Media