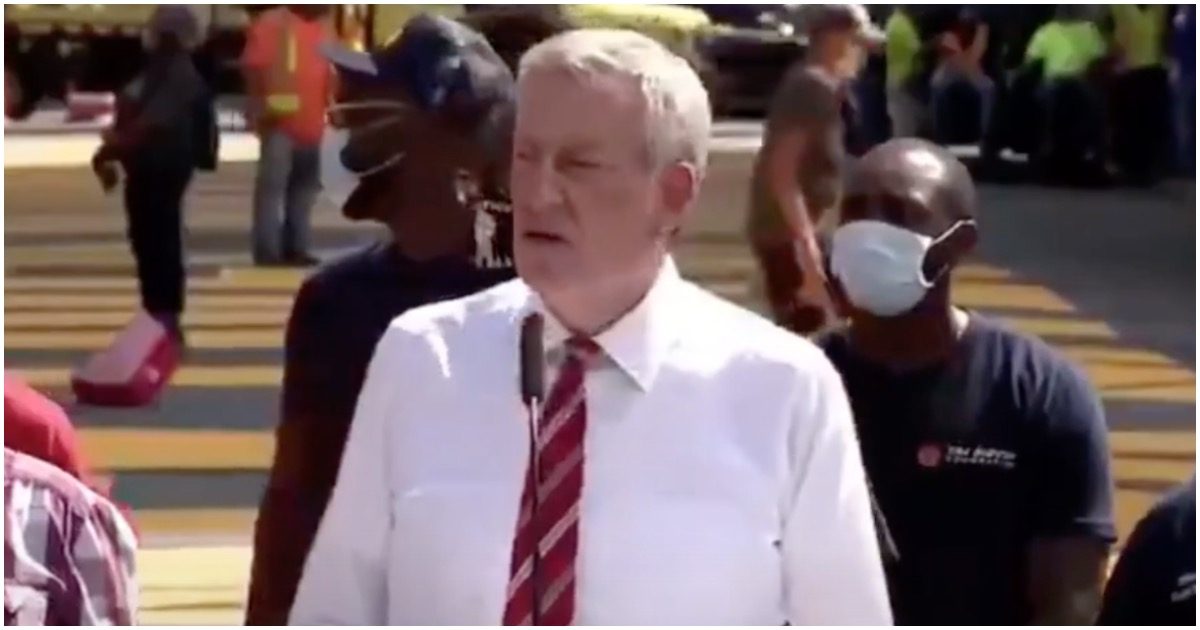 Bill de Blasio is a special kind of person. Despite evidence showing his city is a lawless war zone at the moment, he comes out and says NYC is safer due to inmates being released from behind bars.

This man has no business holding public office.

You do know that Bill was a supporter of the socialist Sandinista movement in Nicaragua in the 1980s, right? More on that below.

New York City has been grappling with an jaw-dropping increase in gun violence over the past few months.

In a 24-hour period on Monday, 18 people were wounded in 14 shootings across New York City. The violence came less than 24 hours after another shooting in Brooklyn that claimed the life of a 1-year-old boy and left three others injured.

More on Bill’s past, via New York Times:

Mr. de Blasio, who studied Latin American politics at Columbia and was conversational in Spanish, grew to be an admirer of Nicaragua’s ruling Sandinista party, thrusting himself into one of the most polarizing issues in American politics at the time. The Reagan administration denounced the Sandinistas as tyrannical and Communist, while their liberal backers argued that after years of dictatorship, they were building a free society with broad access to education, land and health care.

California Will Have Released Nearly 20,000 Prisoners by August to ‘Slow the Spread of COVID-19’