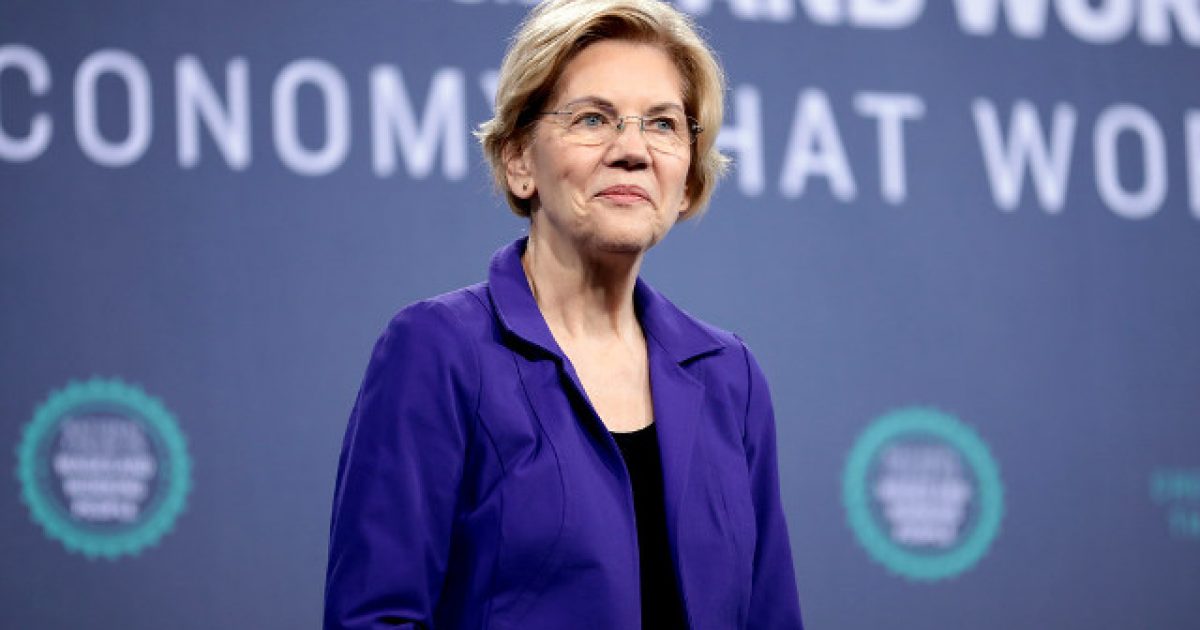 Democratic presidential candidate Sen. Elizabeth Warren is desperately attempting to make her mark on left-wing voters across America, hitting all the appropriate talking points on the official party platform and hoping beyond hope that folks will forget about her cultural appropriation of Native American culture.

Warren is right now attempting to channel former President Barack Obama by lecturing wealthy Americans, mirroring the infamous “you didn’t build that” statement he delivered all those years ago.

Warren’s latest remarks were delivered at a Labor Day stump speech in New Hampshire where she proposed a wealth tax that would impose an annual two percent tax on households that possessed assets greater than $50 million and a three percent tax for households that have more than $1 billion in assets.

“Some of these guys say, ‘I worked hard. I had a great idea. I worked late’ — oh yeah, unlike anybody else. But ‘I worked late or inherited wealth, and so this is mine,'” Warren mocked. “And the answer is yeah, you did. You did have a great idea and you did work hard.

“And we are glad to do it. These are the investments we make as Americans,” Warren went on to say. “But here’s the thing: When you make it big, I mean really big, I mean the top 1/10th of 1 percent big, pitch in two cents so everybody else gets a chance to make it in this country.”

Here’s the thing folks like Warren don’t seem to realize. When you decrease a person’s wealth, regardless of whether rich or poor, you’re essentially punishing them for being successful. If that’s what happens to someone who is successful, why would anyone want to work hard and innovate knowing their success will ultimately be trampled on by the government?

Not to mention this is just socialistic wealth redistribution. Why would poor folks want to strive to be innovative and work hard to improve culture and society through improved products, services, and new businesses when they are given everything they need by the government, paid for by the wealthy?

There’s no honor in a system like that, and it’s dangerous to our liberty.

In other words, Sen. Warren, that’s a hard pass here.

Biden Just Can’t Help Himself. Check Out His Latest Mind-Numbing Gaffe And Try Not To Laugh