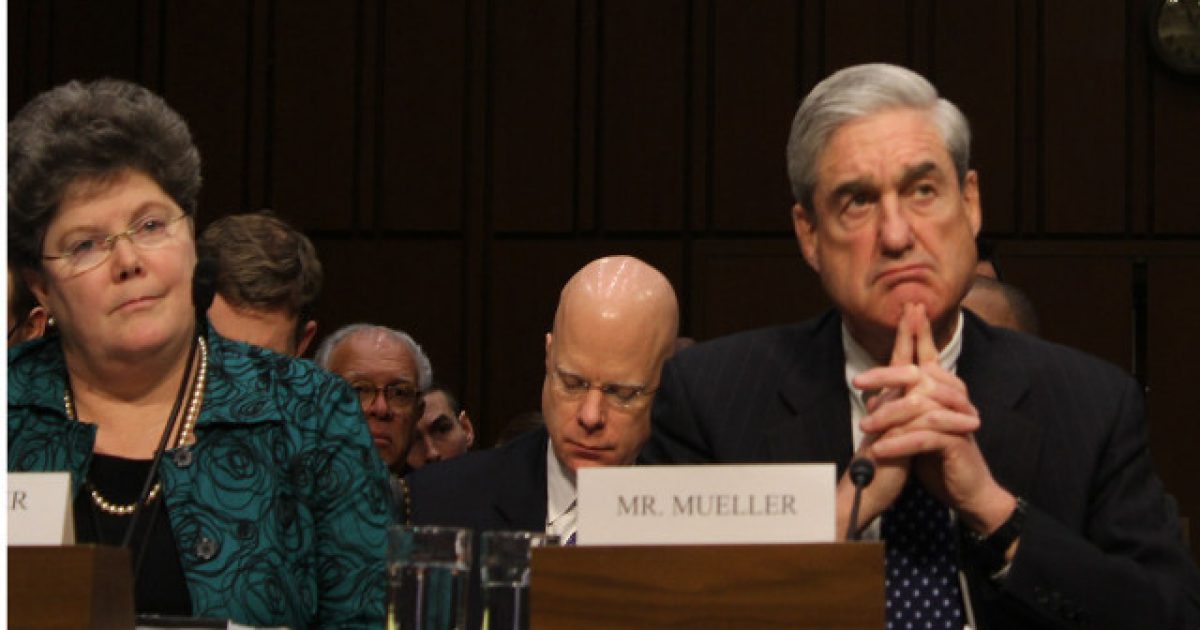 Former Special Counsel Robert Mueller was pressed by a GOP lawmaker during testimony he delivered before Congress on Wednesday, to admit that he held President Trump to a different standard than the DOJ holds other individuals under investigation.

This, of course, isn’t surprising to those of us who were paying close attention to how the whole investigation was being handled and reported on by the mainstream media. Though it’s nice to now see that fact being owned up to by Mueller.

“You said in Volume 1, on the issue of conspiracy, the special counsel determined that the investigation did not establish that members of the Trump campaign conspired or coordinated with the Russian government in its election interference activities,” Rep. John Ratcliffe (R-TX) said during the House Judiciary Committee hearing. “Then in volume 2 … the special counsel did not make a determination on whether there was an obstruction of justice crime committed by the president.”

“The evidence we obtained about the president’s actions and intent presents difficult issues that prevent us from conclusively determining that no criminal conduct occurred,” Ratcliffe continued, reading directly from Mueller’s report. “Accordingly, while this report does not conclude that the president committed a crime, it also does not exonerate him.”

Rep. John Ratcliffe, a former federal prosecutor brings the heat and shows everyone watching what a disgrace this whole “investigation” was.

Ratcliff who is a former prosecutor, also argued that the final conclusions of the report were in violation of Department of Justice policies and principles due to the fact they failed to exonerate Trump after Mueller failed to conclusively determine he was innocent of all accusations against him.

“Your report, and today, you said that at all times the special counsel team operated under, was guided by, and followed Justice Department policies and principles,” Ratcliffe stated. “So, which DOJ policy or principle sets forth a legal standard that an investigated person is not exonerated if their innocence from criminal conduct is not conclusively determined?”

The question was repeated multiple times before Mueller finally provided a solid answer.

Mueller could not provide another example of someone who was held to the same standard as Trump, but then tried to justify it all by saying “this is a unique situation.”

“You can’t. Time is short, I’ve got five minutes, let’s just leave it at ‘you can’t find it’ because I’ll tell you why: it doesn’t exist,” Ratcliffe replied.

Ratcliffe went on to drop the hammer on Mueller for going outside of his purview by attempting to conclude whether Trump was innocent and whether or not he should be exonerated.

“Nowhere do those words appear together because respectfully, respectfully, director, it was not the special counsel’s job to conclusively determine Donald Trump’s innocence or to exonerate him because the bedrock principle of our justice system is a presumption of innocence,” Rattcliffe said. “It exists for everyone. Everyone is entitled to it including sitting presidents.”

There you have it, folks. Mueller admitting this whole investigation was a face from the get-go. There was a definite political agenda undergirding the investigation, with the end goal being to find something buried on Trump so he would be impeached and hopefully removed from office.

The left is scared of Trump. They know they cannot win against him in 2020, so they’re trying dirty tricks to sneak by him and try to take on Mike Pence, who they, for some odd reason, think will be a less formidable foe.

They’re delusional, to say the least.