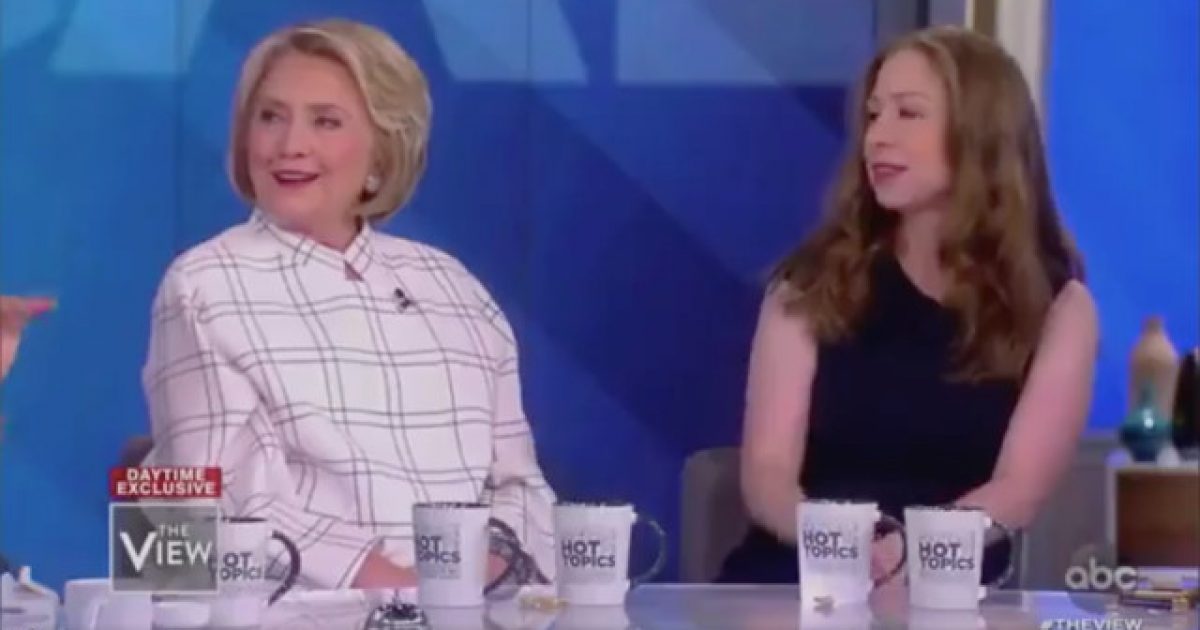 Former Democratic presidential nominee Hillary Clinton continues to come out in a full on assault on President Trump, this time going so far as to call him an “illegitimate president,” and then noting that this is something he’s “very insecure” about.

It seems Hillary is completely and totally incapable at this point, three years later, to move on from her massive loss, which really seems to have been a fatal blow to her ego, which is something she doesn’t want to live with.

Mrs. Clinton made the remarks on the daytime talk show “The View,” after co-host Joy Behar brought up the president’s “mental state.”

Daughter Chelsea Clinton, who was also at the roundtable, chimed in and said Trump is “obsessed” with her mother.

“He’s obsessed with her,” Chelsea said. Behar, of course, concurred. “He’s obsessed with you!” the co-host offered. “Also, they’re chanting ‘lock her up.’ I mean, he has every criminal working for him and they’re worried about locking you up. What do you make of that?”

“First, I do think that he knows that he’s an illegitimate president,” Hillary responded, sparking loud cheers from the studio audience. “And because of that he’s very insecure about it.”

"He knows that he’s an illegitimate president and because of that — he’s very insecure about it."

"He's obsessed with the fact that he was helped a lot," in 2016. pic.twitter.com/jxlj6UePyf

Hillary is really desperate to make the president smart after that massive loss in 2016. It’s pathetic and a bit petty to still be clinging to that, but this is Hillary Clinton we’re talking about, so it shouldn’t probably be all that surprising.

She’s not exactly known for letting things go, unless it is somehow related to a scandal she’s connected to. Then she can’t get away from things fast enough.

At the end of the day, President Trump won the election fair and square. Hillary failed to win the states that would have won her the White House by believing she didn’t need the flyover state vote and thus not campaigning there. She found out just how wrong she was and now she’s bitter about it.

Flashback: Student Walks Into School, Then Gets MAGA Hat Smacked Off His Head (Video)