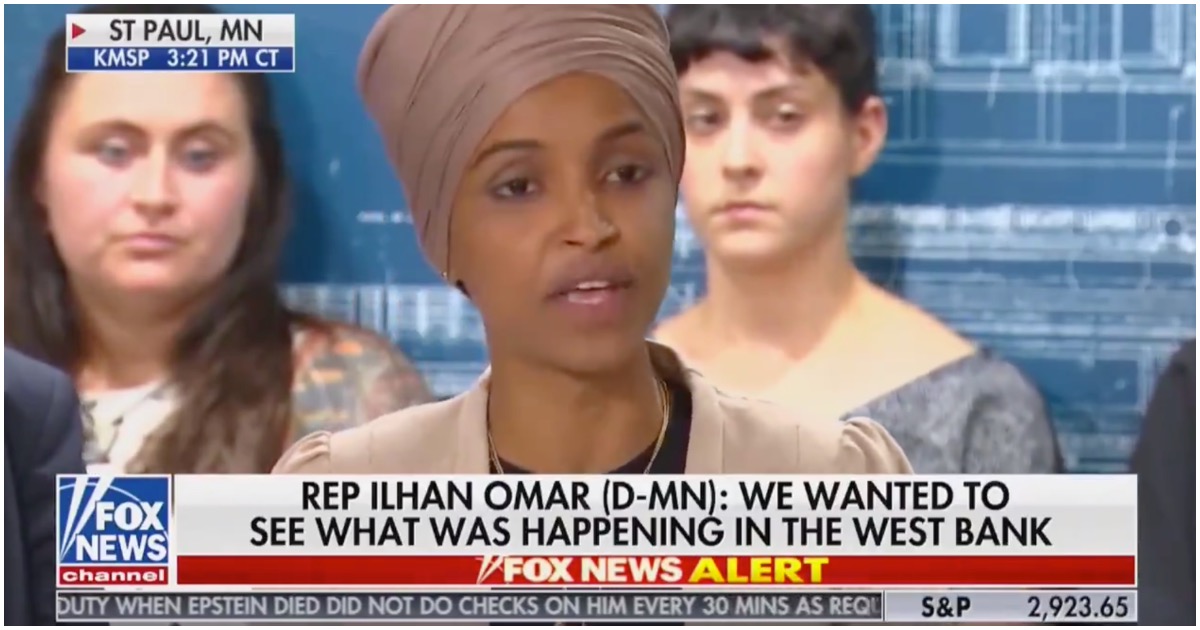 Israel can do no right in the eyes of Ilhan Omar, Rashida Tlaib – any Democrat, really.

The radical Democrat insists on becoming as famous as possible without realizing all the baggage that comes with it.

She had to figure people would dig into her past, no?

Leftist congresswoman Ilhan Omar and her husband – the father of her three children – have split and are heading for their second divorce, DailyMail.com has learned exclusively.

The bust-up comes just as critics are demanding answers as to whether she married her own brother in a successful bid to get him into the United States.

Omar has now dumped her current husband Ahmed Hirsi – who she first married in a religious ceremony in 2002 and divorced in 2008 – and moved into a penthouse apartment in one of Minneapolis’s trendiest neighborhoods, DailyMail.com has learned exclusively.

But Hirsi, is also spending time at the apartment, which is in the Mill District sector of Minnesota’s largest city, when she is out of town.

She’s held meetings with people who have ties to terror. She’s been openly anti-Semitic.

Her district is a hotbed for radical Islamic activity. She fought for the release of a jailed Muslim Brotherhood leader.

President Trump: “I’m looking at this Omar from Minnesota. And if one half of the things they’re saying about her are true she shouldn’t even be in office.”

President Trump: "I'm looking at this Omar from Minnesota. And if one half of the things they're saying about her are true she shouldn't even be in office." https://t.co/BHwZzgXp1E pic.twitter.com/hHeBAX0lqD

REPORT: Jeffrey Epstein Was Given Three Poor 12-Year-Old Girls As A Birthday Present