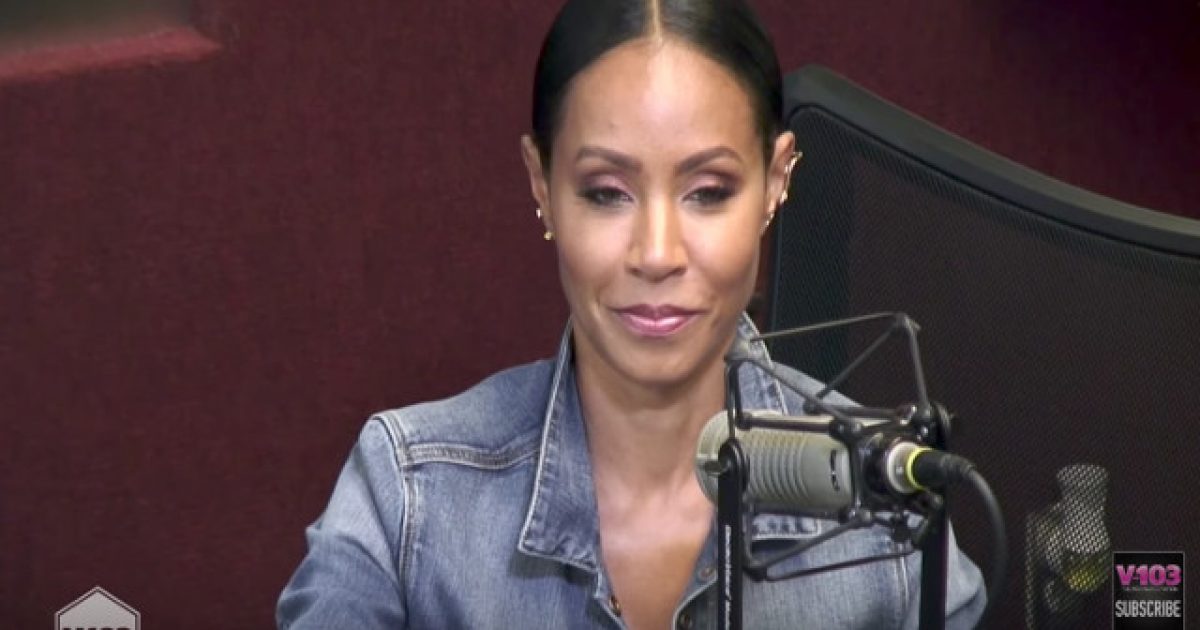 Actress Jada Pinkett Smith recently discussed how she is prejudiced against white women with blonde hair, noting that she would even reconsider doing an interview with a blonde white woman.

Just imagine if a white actress said this about black women? Her career would go swirly down the drain at warp speed, no questions asked. Granted, she goes on to denounce this kind of behavior, but even then, if roles were reversed, folks would be demanding blood.

“I have to admit I’m guilty to that to a certain degree because I do have my own biases, specifically to blonde women,” Pinkett Smith said on an episode of “Red Table Talk,” appearing alongside her mother Adrienne Banfield-Jones and daughter Willow Smith.

“Blonde hair on white women just triggers me,” said the 47-year-old. “I’ve had to catch myself.”

Pinkett Smith was speaking in the context of race relations and the “divide” between white women and people of color. Up front, the actress told the audience that speaking about race honestly is a sensitive topic often met with outrage. “I got some serious biases and prejudices, myself,” she admitted.

“I think what crushes me, specifically in my relationship with white women, the thing that really breaks my heart is that white women understand what it feels to be oppressed,” she said.

“Exactly. Because of their sex,” replied Pinkett Smith. “What it feels like to be ostracized or not being treated as an equal.”

When asked if she had some sort of traumatic experience with someone who had blonde hair, Pinkett-Smith answered in the affirmative, stating she remembers being teased by white women growing up, including digs taken at her about her hair.

“Absolutely. All throughout my childhood. I do remember experiencing being teased by white women in regards to my hair, how I looked, feeling belittled,” Pinkett Smith answered.

“I was going to do an interview with this blonde woman and I thought twice about it. I thought, ‘I don’t know if I want to do that.’ That was my first instinct because of how she looked!” Pinkett Smith continued.

“And I was like, ‘Oh! That’s no different.’ That doesn’t give me the right to clump all blonde women in one,” she explained. “And look at me, I got blonde hair! It’s no different than you getting robbed by a black guy once and now you’re saying all black dudes are thieves and dangerous.”

Pinkett-Smith is absolutely spot on in her assessment about needing to catch the prejudice in her own heart, which is something she seems to personally be working on. That’s admirable, as most celebrities speak about equality out of one side of their mouth, while being racist themselves to a degree.

The truth of the matter is, we all, to some degree, carry a bit of prejudice around with us and it’s something that believers in Christ need to really work on putting to death. We are called to live like Jesus and that means treating all people with love and respect as image bearers of God.