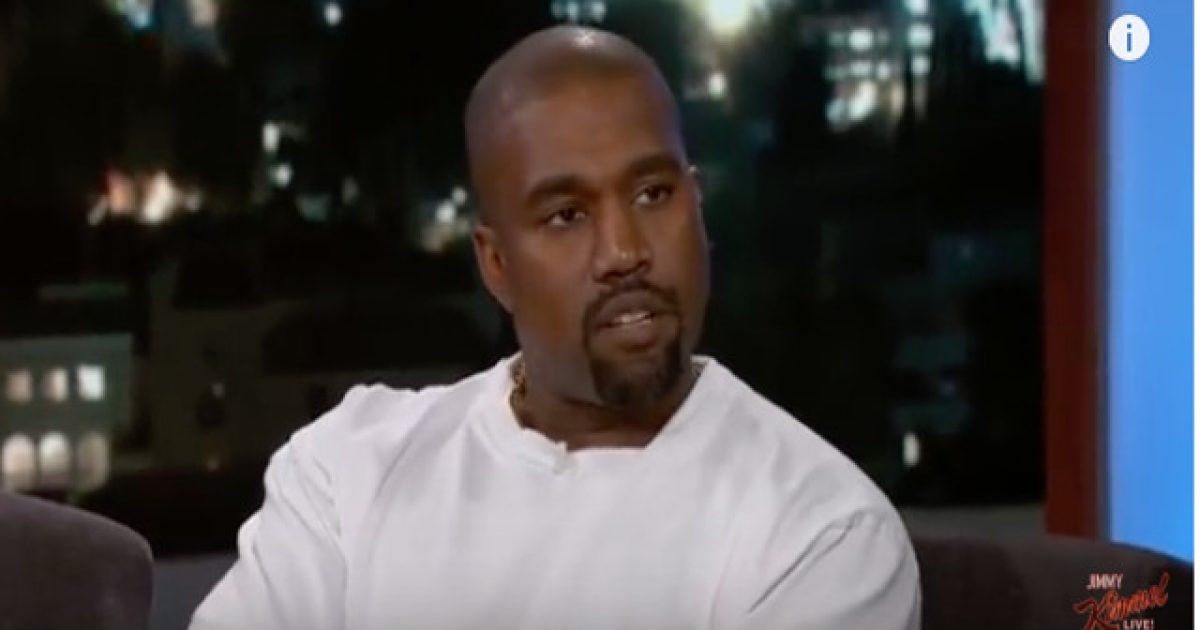 Entertainment mogul and rap legend Kanye West stopped by “Jimmy Kimmel Live!” on Thursday where he made a statement that’s sure to send shockwaves through both liberal circles and the black community.

West stood up and defended his support of President Trump and completely annihilated the idea that just because you are black means you have to vote Democrat. If you listen closely, you can hear the screeching sounds of progressive vampires hissing like they just got tossed into the sun.

“As a musician, African-American, guy out in Hollywood, all these different things, everyone around me tried to pick my candidate for me,” West told Kimmel when asked about his decision to support Trump. “And then told me every time I said I liked Trump that I couldn’t say it out loud or my career would be over, I’d get kicked out of the black community — because blacks, we’re supposed to have a monolithic thought … we can only be Democrats and all.”

West said that after he was hospitalized, he came out lacking confidence and that it took about a year and half to finally muster the courage to openly express his opinion on Trump, knowing that the backlash would be overwhelming.

Kanye went on to encourage Kimmel and his audience to try love instead of hate, saying “When I see people just even … go at the president, it’s like, why not try love? For one person to stand up against all odds and just hug somebody the way that Alice Johnson [whom Trump pardoned] hugged her family when she got out of jail. That one by one, we can defuse this nuclear bomb of hate that we’re in as a society by thinking of everyone as our family.”

It’s hard to believe that this profound wisdom is coming from the mouth of Kanye West. The same dude who once interrupted Taylor Swift at an award show and made a complete fool of himself. The world we live in keeps getting weirder and weirder.

Who would’ve thought, years ago, that Donald Trump would be president — and doing a fine job behind the wheel — and that Kanye would be a fan and Kim Kardashian would be holding meetings with him? This is so bizarre.

Man Wearing MAGA Hat Goes to Vote, What an Election Worker Does Next is Shocking