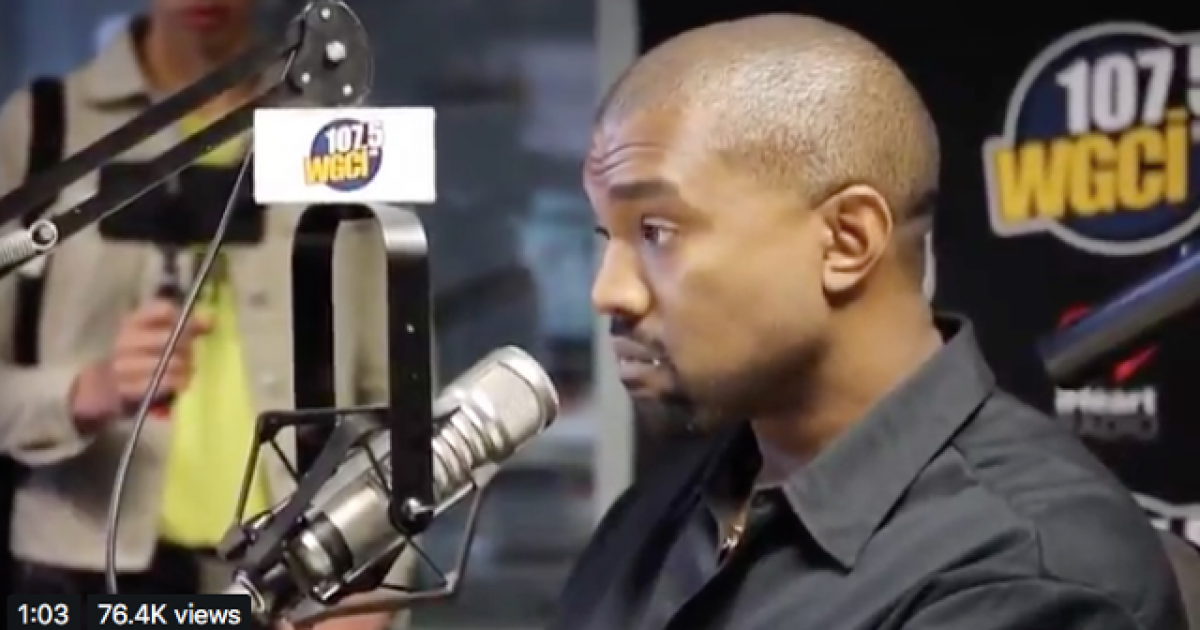 Famous rapper and ardent Trump supporter Kanye West gave an interview on Wednesday where he attempted to win over some folks in the black community for President Donald Trump by stating that the president wants to be “the greatest president ever for the black community.”

West told WGCI 107.5 that he “feels that he [Trump] cares about the way black people feel about him, and he would like for black people to like him like they did when he was cool in the rap songs and all this.”

“And he will do the things that are necessary to make that happen because he’s got an ego like all the rest of us, and he wants to be the greatest president, and he knows that he can’t be the greatest president without the acceptance of the black community,” West continued. “So it’s something he’s gonna work towards, but we’re gonna have to speak to him.”

Here’s a clip of the interview posted on Twitter:

The mainstream media and leftists all across the board in a ton of different industries have all worked around the clock to more or less paint President Trump as some sort of vile racist, a white supremacist who hates all people of color, or anyone from a different walk of life than the vast majority of American citizens.

That’s simply not the case. Securing the border has nothing to do with racism. It has to do with the safety of the American people and the protection of our limited resources. There’s no sinister plot underneath it all to suddenly transform our nation into Nazi Germany.

Most of this junk stems from the left’s perpetual inability to engage with an important topic of discussion without melodramatic, knee jerk reactions being their go-to, initial response to something that they disagree with.

Let’s hope Kanye’s influence helps open the eyes of the black community so they might judge Trump for themselves rather than just going along with typical left-wing talking points.

‘In-N-Out’ Burger Donates to GOP. Here’s What Angry Liberals are Doing in Response.