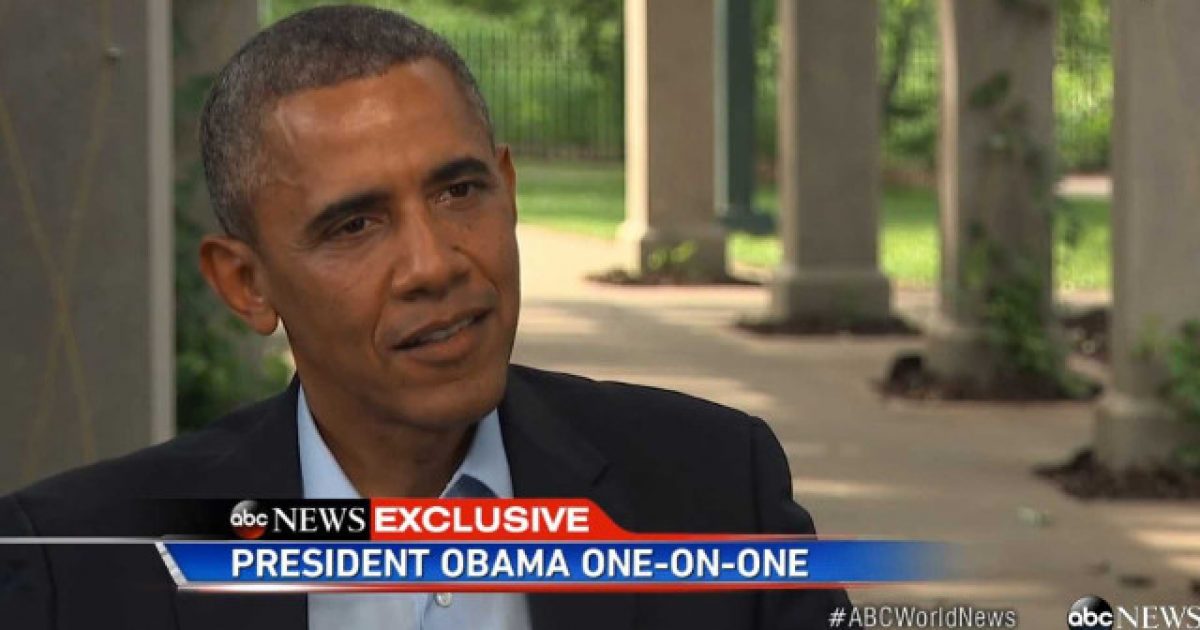 It seems like each and every week that passes contains some new controversy drummed up by progressives to put Trump on notice and hopefully uncover something they can use to justify calls for his impeachment. That is, after all, their ultimate goal.

The latest example of this comes in the form of the outrage over Trump’s immigration policy concerning the separation of illegal immigrants and their children  at the border if they are caught crossing without permission.

Conveniently, of course, the left seems to have completely forgotten what Obama told illegals to do with their kids back when he was in office. It was essentially the same thing Trump is doing. Yet, there was no outrage anywhere to be found.

Former President Barack Obama told Latin American parents in June 2014 not to send their kids to the United States’ Southern Border because his administration would send them back if they made it.

In an interview with ABC News’ George Stephanopoulos, Obama warned about the dangers of traveling through Central America to reach the U.S. border.

“Our message absolutely is don’t send your children unaccompanied, on trains or through a bunch of smugglers,” Obama said. “We don’t even know how many of these kids don’t make it, and may have been waylaid into sex trafficking or killed because they fell off a train.”

“Do not send your children to the borders,” Obama continued. “If they do make it, they’ll get sent back. More importantly, they may not make it.”

Obama to migrants from Latin America in 2014: "Do not send your children to the borders. If they do make it, they'll get sent back." pic.twitter.com/lDRT36KKdi

The hypocrisy of progressives in America is astounding. They have some deeply ingrained hatred for Trump and are willing to go pedal to the metal in order to hopefully hang him out to dry and ruin his administration, despite the fact he was only doing what was current policy, enforced under the previous president, whom it seems can do no wrong in the eyes of liberals.

If the standard exists for Trump, it should exist for any and every politician and elected official on the left as well.

This hypocrisy must be put to death if progressives actually want those of us on the right to take them seriously.

This Billboard in Texas is Infuriating Liberals Everywhere, When You See it, You’ll Understand Why