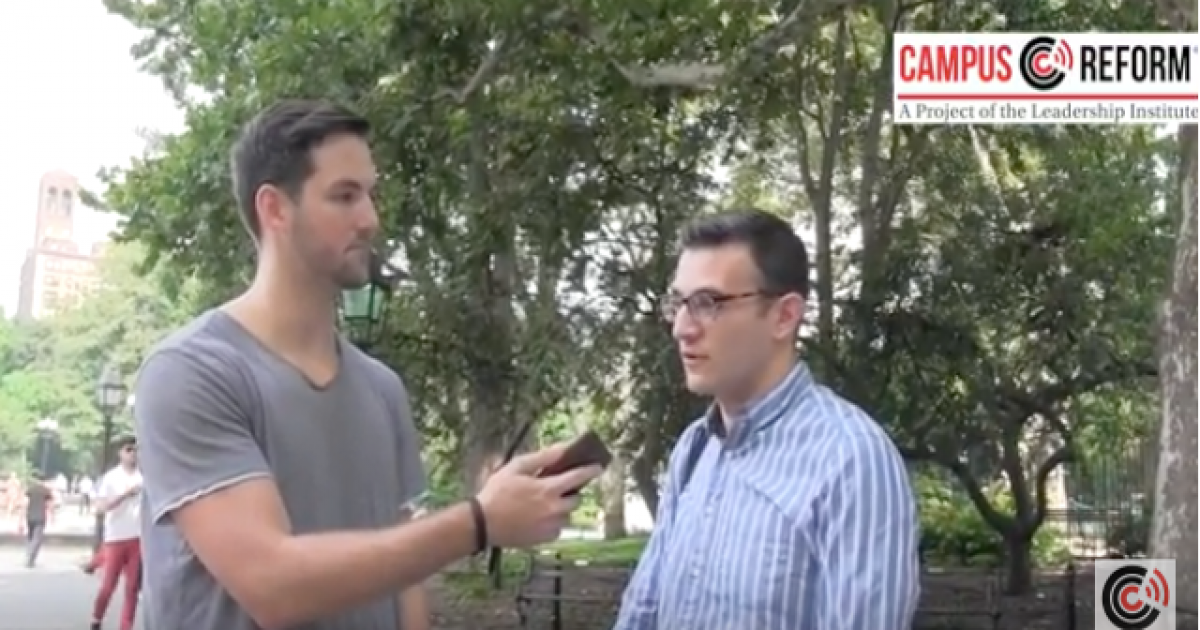 Campus Reform recently paid a visit to New York City to ask millennials whether or not they agreed with the sentiments espoused by Gov. Andrew Cuomo, that America was “never that great.”

As you probably already have guessed, the overwhelming majority of these products of our government run, progressive education system most definitely agreed with Cuomo. However, when asked to explain why they agreed, they failed rather miserably.

To give some proper context to all this, here’s the full quote by Cuomo:

“We’re not going to make America great again. It was never that great,” he said. “We have not reached greatness. We will reach greatness when every American is fully engaged. We will reach greatness when discrimination and stereotyping against women, 51 percent of our population, is gone. And every woman’s full potential is realized and unleashed, and every woman is making her full contribution.”

After catching a whole lot of well deserved flack, Cuomo walked back his statement a bit.

Phillips approached a bevy of young people in and around Washington Square Park and asked them if they believed that America is — or was — a great country, and what they thought of Cuomo’s remarks.

See some of the more entertaining responses to Phillips’ questioning below:

“The idea that there was a once-great America is, you know, pointing toward this false sense of nationalism, that, you know, what, he’s talking about white America? Yeah, that’s not great.”

“Not great, but there was definitely, like, some progress and I think we’re, like, going through regression right now.”

“It was never really great, but we do do, like, great things sometimes. Like, we fix a lot of problems, but it’s never been wholly great.”

Out of all the insanity that was encountered here, Cabot Phillips encountered one, only one, individual who stated that America has “always been great.”

How sad and pathetic is that? It’s tragic. Is it any wonder this country is going downhill and so many folks are working against their own liberty? Kids are being brainwashed to believe that the flaws and blemishes on our nation’s history is the sum total of our identity as a people, a ploy used by the left to make folks less endeared to the principles America was founded on. They want people to be more gung-ho about big government, a society governed by a specifically chosen “elite” who have all the answers.

In reality, it’s just about the consolidation of power in the hands of a select few who plan to lord it over the masses.

If only millennials would wake up to that reality.