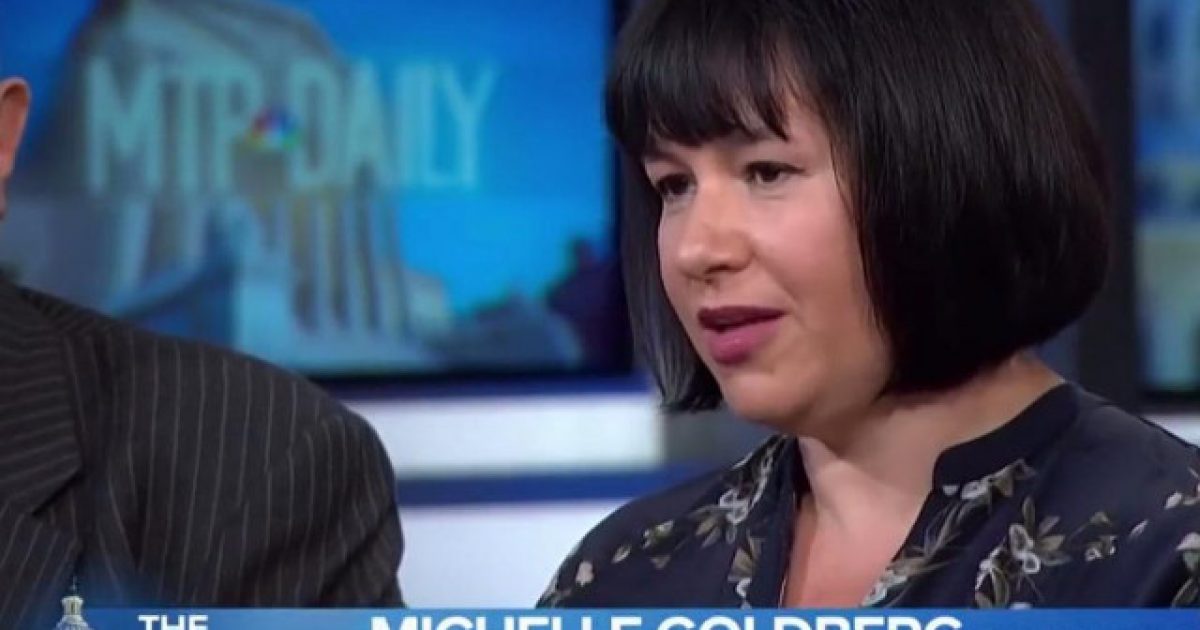 Michelle Goldberg, a columnist from the New York Times, recently sat down for a stint on MSNBC’s “Meet The Press Daily” program where she made a number of scathing remarks about the president and his intentions that were so radical and so far out there, she’ll be lucky if she isn’t sued for slander.

Apparently, according to Goldberg, Trump wants to round folks up and have them murdered. Yes, this woman has an actual job, as an actual writer, for a publication with actual readers. It’s disturbing, isn’t it?

Goldberg’s arguments — most of which were met with laughter and pushback on MSNBC’s “Meet the Press Daily” program Friday — began with an assertion that German Chancellor Angela Merkel is really the leader of the free world, not Trump.

Host Katy Tur tried to clarify Goldberg’s statement, suggesting that the European Union isn’t looking at Trump as a defender of human rights — and then Goldberg came back with even more astonishing claims.

“He’s a sort of junior player in a bloc of authoritarian countries,” Goldberg declared. “He’s part of a bloc that includes [Russian President] Vladimir Putin, [Philippine President Rodrigo] Duterte. He’s kind of part of an axis of power.”

Given the violent dictatorial reputations of Putin and Duterte, Tur challenged Goldberg by saying Trump is “not rounding people up and murdering them without any due process.”

“I don’t think you can say that definitively, Michelle,” Tur responded.

It’s pretty safe to say that Goldberg might not be playing with a full deck if you catch my drift. It seems that super far left radicals like Goldberg have a natural flare for the dramatic, often crafting ridiculous and overblown reactions to anything and everything the president seems to do.

How are we supposed to take the media seriously when they give folks like Goldberg large platforms from which to spew such insanity? Then again, it’s probably a better idea to take anything the media says with a grain of salt seeing as how they’ve become the official propaganda arm of the Democratic Party.