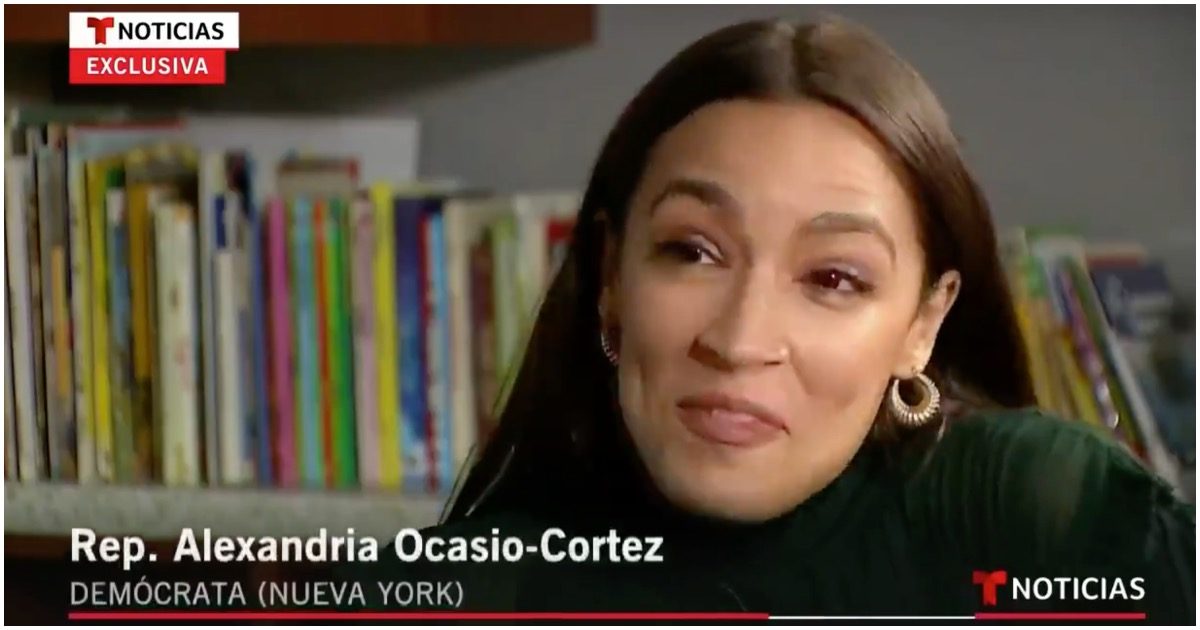 Thankfully, freshman lawmaker Alexandria Ocasio-Cortez (NY) is too young to run for president or even be chosen as vice president. Well, for now. You’d have to imagine the time will soon come when she runs for POTUS herself.

That being said, AOC says it would be an “honor to be vice president.” Obviously, she’s right. However, those five words should send a shiver up the spine of every American. Check this out, via Washington Examiner:

She’s a bit too young to legally hold the job, but that hasn’t stopped Democratic New York Rep. Alexandria Ocasio-Cortez from measuring the drapes in the vice president’s office.

“It’d be an honor to be vice president,” she said in a weekend interview when asked about becoming Vermont Sen. Bernie Sanders’s running mate should he become the Democratic presidential nominee.

Ocasio-Cortez’s policies would cripple America and that’s the point. Her entire party wants to see the United States crumble. If AOC believes otherwise, why does she keep giving ignorant speeches like this one? From Daily Wire:

Socialist Rep. Alexandria Ocasio-Cortez (D-NY) appeared to suggest, over the weekend, that President Donald Trump was a virus or a disease that Americans needed to “vaccinate” themselves against. She added that fighting climate change means guaranteeing that everyone will be “clothed,” “educated,” and “paid a living wage,” and that the environmental battle involves fighting against “white supremacy.”

ICYMI: AOC Tells Crowd That Government Should Guarantee Everything A Person Needs