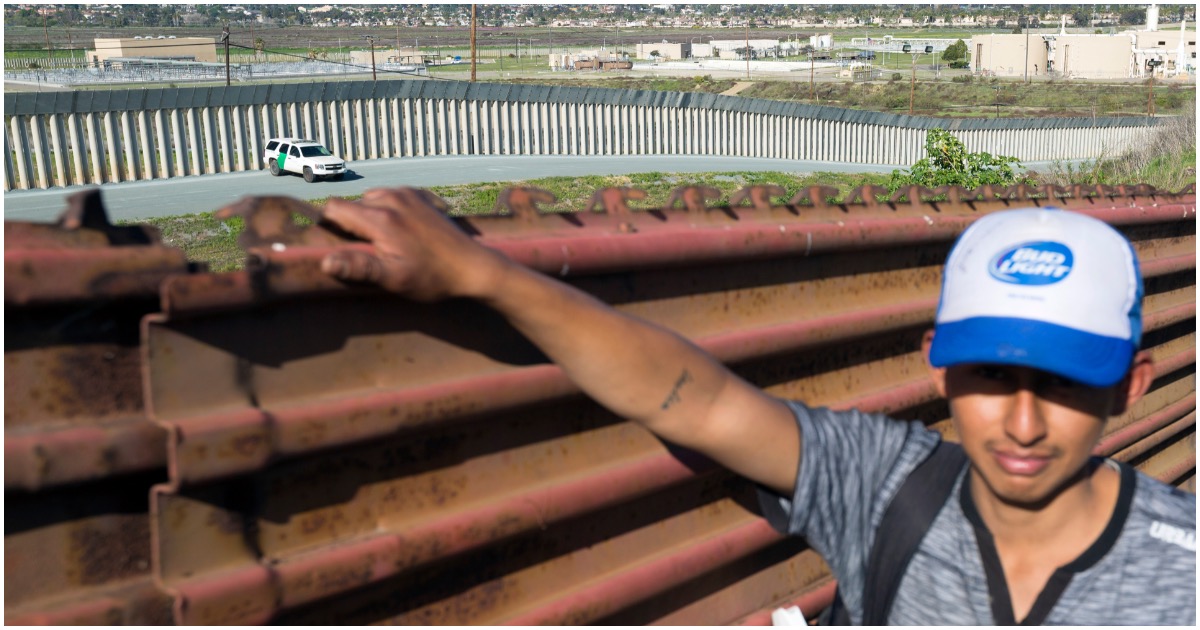 Democrats quite literally have everything backward.

If AOC arugued the sky was green the far-left mainstream media would back her with everything they’ve got.

Check out what recently happened down at the border.

It’s kind of a problem.

In the Buenos Aires National Wildlife Refuge in Arizona, there’s a special place where folks trek by the dozens to start their new lives in the land of opportunity.

It’s the spot where the U.S.-Mexico border fence ends, leaving a wide-open invitation for illegal immigrants, drug smugglers, human traffickers and anyone else to come and go as they please.

Wednesday morning a group of 66 people, mostly family units, crossed the border where the fence ends east of Sasabe. Video shows the group approaching the fence and walking to the end. 30% of apprehensions in the #TucsonSector are family units surrendering to #BorderPatrol.

Wednesday morning a group of 66 people, mostly family units, crossed the border where the fence ends east of Sasabe. Video shows the group approaching the fence and walking to the end. 30% of apprehensions in the #TucsonSector are family units surrendering to #BorderPatrol. pic.twitter.com/C5wI3HKLrt

He would, unequivocally, beyond a shadow of a doubt, be forced to resign from office.

No question about it.

Rep. Tom Malinowski (D-NJ) explained to his constituents earlier in the week that illegal immigrants are necessary members of New Jersey’s 7th Congressional District because they are willing to take on the jobs that the community’s teenagers will no longer do.

Malinowski noted, “We have to think about the jobs because the reason this happens is because there are a lot of jobs in our community that, like it or not, for better or worse, Americans are not willing to take.”

He added, “I mean, who do you think is taking care of our seniors? Fifty percent of the eldercare workers in the state of New Jersey are immigrants, most of them legal – most of them documented – but certainly some of them are not. Who do you think is mowing our beautiful lawns in Somerset County? We don’t usually ask but a lot of those workers are undocumented.“

WATCH: Gowdy Says He Won’t Apologize to Comey After Disgraced FBI Head Demands Critics Do So