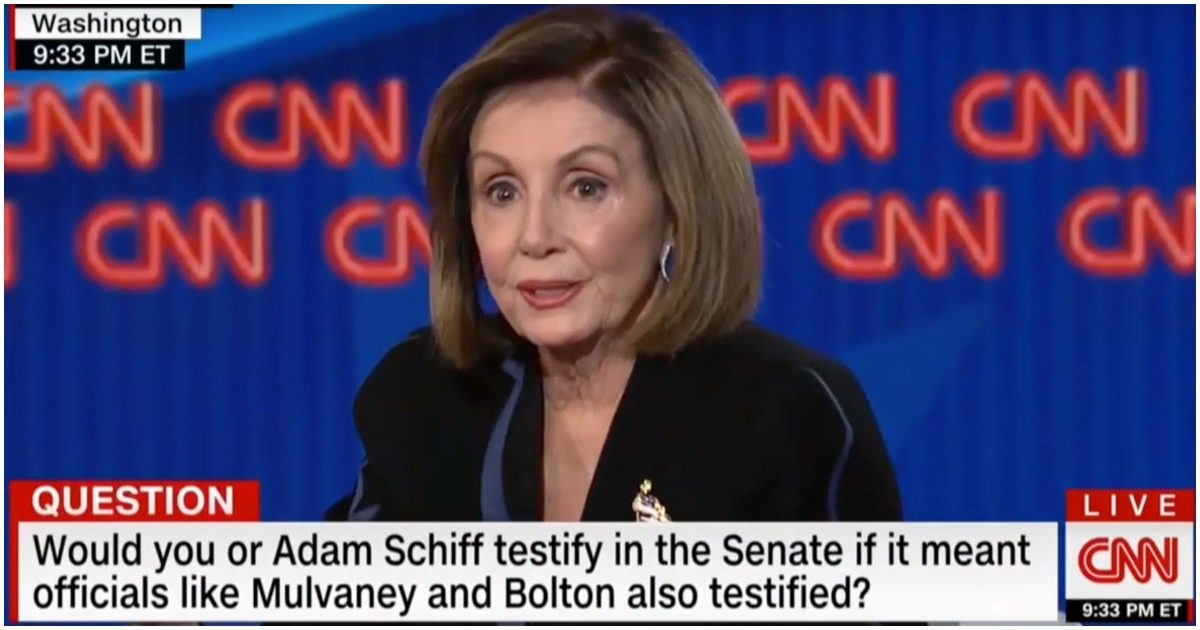 California Democrat Nancy Pelosi knows she’s got jack. All Democrats know they have nothing against President Trump. Unfortunately, that won’t stop them from acting like children and attempting to impeach.

The Speaker’s response to liberal CNN host Jake Tapper’s questions about the process shows she’s vapid on the issue. And considering the issue at hand, that’s kind of a big deal.

Hillary Clinton Tweets — ‘No One Is Above the Law’