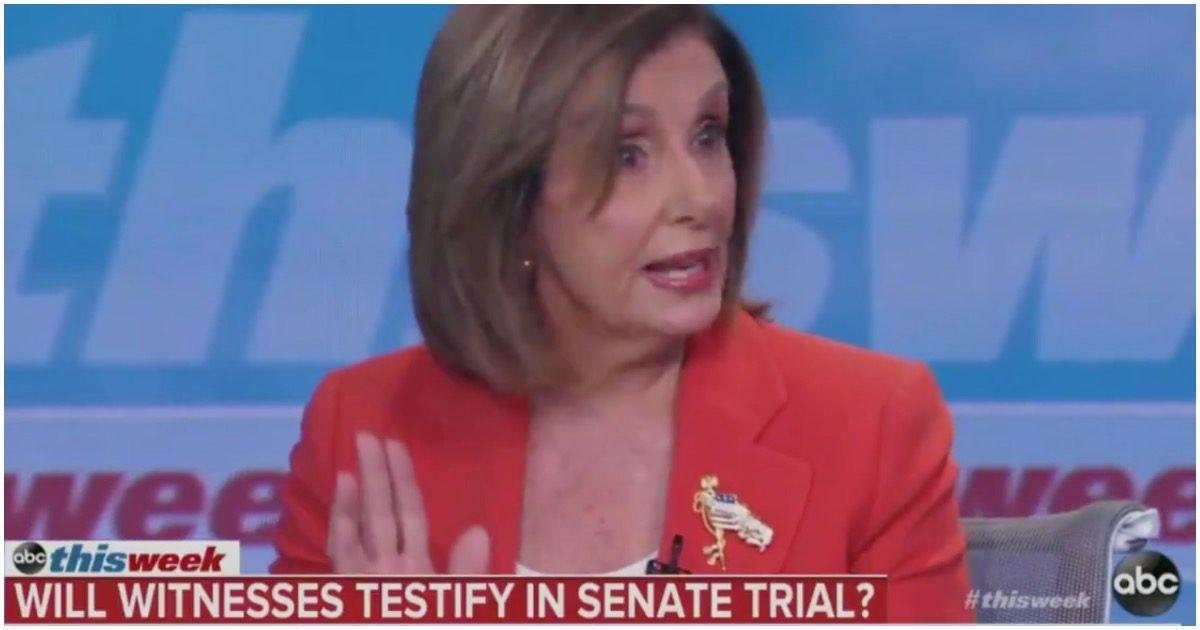 Speaker Nancy Pelosi is desperate. So is Rep. Adam Schiff and nearly every single Democrat in Congress. They can see the headlines from the liberal MSM now: TRUMP GOT AWAY AGAIN! DEMS FAIL TO BOOT POTUS FROM OVAL OFFICE!

Of course, Dems always knew Trump was going to walk free, considering the GOP runs the Senate and there is zero proof of wrongdoing. However, Dems have completely lost the interest of the American public, as reports of impeachment viewership are staggeringly low. Nobody cares to tune in because they all know it is a partisan charade.

Therefore, Pelosi and her ilk have to resort to silly one-liners in an attempt to pull people back to her cause. But it won’t work.

Bill Maher, on the notion that trump actually wanted to be impeached: "Just for the record, being impeached is a bad thing, right?"

Nancy Pelosi: "And you're impeached FOREVER."

So solemn. So somber. pic.twitter.com/H6J6sTBBo8

Kamala Harris laughs it up about impeachment before realizing she's live on the air, then pretends it's a very "solemn and serious moment" in history. pic.twitter.com/U6WSWkofz5

Check out this statement from the State Department…