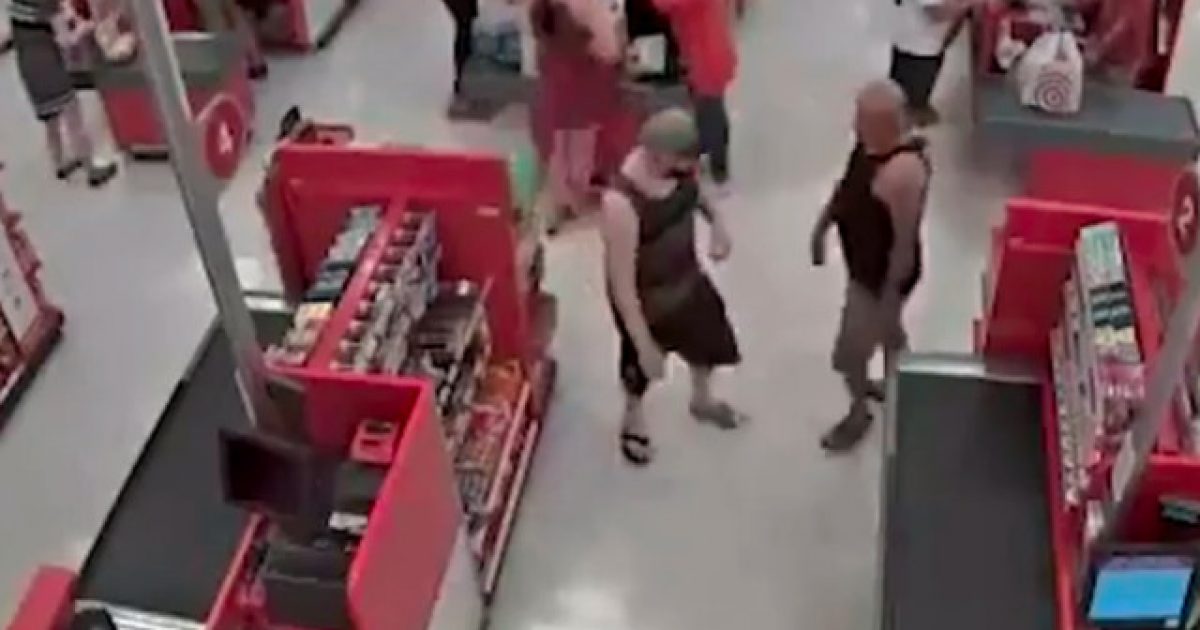 It’s difficult this day and age to be the father of a daughter, what with all of the class A perverts out there, but one father is going viral online after putting on a display of what true manhood really looks like.

A man and his daughter were shopping at a Target store when a stranger took “upskirt” photos of her. This, as you might imagine, didn’t sit too well with dear old dad, who decided to take matters into his own hands and confront the sicko.

Obtained surveillance footage from the New York Post shows a man maneuvering his way around a Target store to take photos underneath women’s skirts. Later on, the father to one of these women confronts him by kicking the phone from his hand and knocking him to the ground.

“You messed with the wrong family,” said Ismael Duarte, the father told the man before chasing him away.

Though the pervert escaped, Mr. Duarte did capture a photograph of the man’s car as he drove away. Police have now arrested 29-year-old Jorge A. Ibarra Jr. as the potential suspect. He has been charged with invasion of privacy.

“I’m pissed off that I didn’t do more than I did but I wish I would have, because I’m so angry,” said Duarte.

Conservative activists have held up Duarte as an example for men to follow when confronting predators.

“This is a father,” EWTN’s Raymond Arroyo tweeted. “This is how you put a stop to the abuse and disrespect of women.”

This is a father. This is how you put a stop to the abuse and disrespect of women. #protect https://t.co/X60ECcV30o

And yet, despite this obvious display of perversion, the left will no doubt still stick up for the idea of men being allowed to use women’s restrooms, solely based on their whims. This is the reason our culture is slowly but surely sliding into madness.

At the end of the day, it’s refreshing to see a dad step up to the plate like this and defend his daughter. Hopefully they throw the book at this young man and don’t allow him to be back on the streets doing the same sick thing to other women.

Rosie O’Donnell is at it Again. This Time She’s Taking Her Trump Hate to Broadway