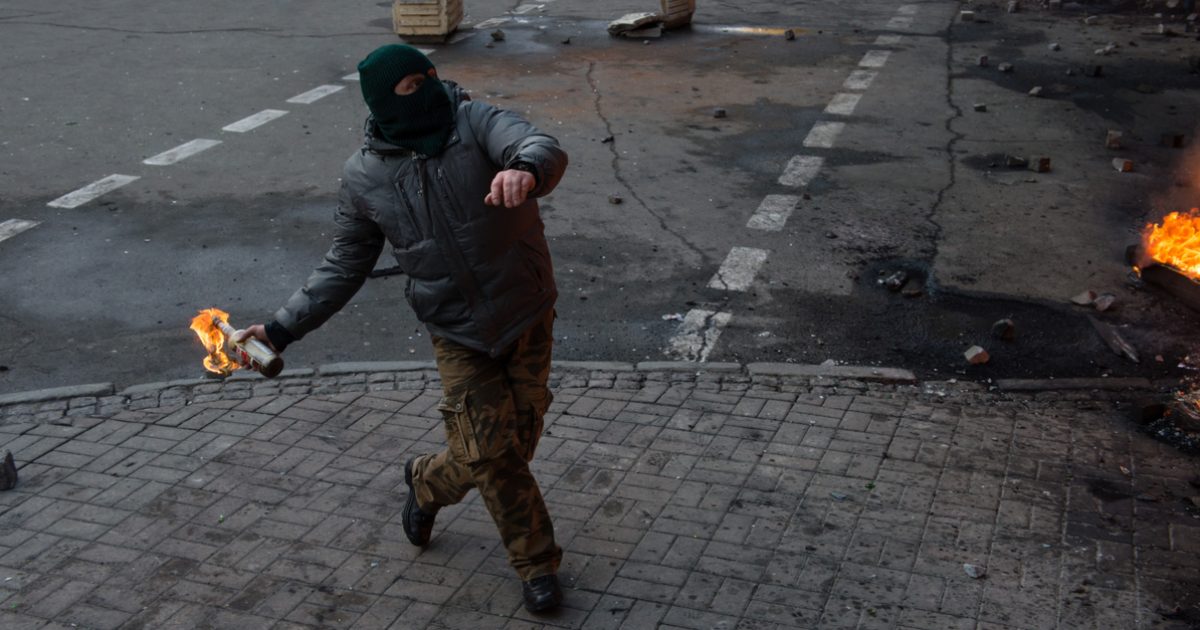 In recent years, the United States has been dealing with a strange turnabout when it comes to law enforcement, and the latest incarnation of the raging nation is downright scary.

Fueled in large part by an unfortunately heavy stream of social media posts that depict law enforcement officers behaving poorly, sometimes unforgivably, there is a growing movement on the left side of the aisle to defund the police entirely, or completely reshape the institution works.

But, for some on the radical left, this isn’t nearly enough.  For some, only violence will do.

An LAPD spokesperson confirmed to Breitbart News that the attack took place at around 12:55 a.m. Sunday morning. The suspect threw a glass bottle containing a flammable liquid at the station’s front window. The act was witnessed by multiple officers who went in pursuit of the attacker.

The incredibly bold attack was caught on camera.

NEW: LAPD’s Topanga Division station was firebombed Sunday morning at about 1am. A source sent me this video, which shows a suspect throwing a Molotov cocktail against the doors. LAPD tells me officers witnessed it and chased the suspect down. Suspect is now in custody @FoxNews pic.twitter.com/gTozeuDwsR

The last year has been a violent one for the LAPD, with a number of shootings directed at officers over the course of the last 12 months.