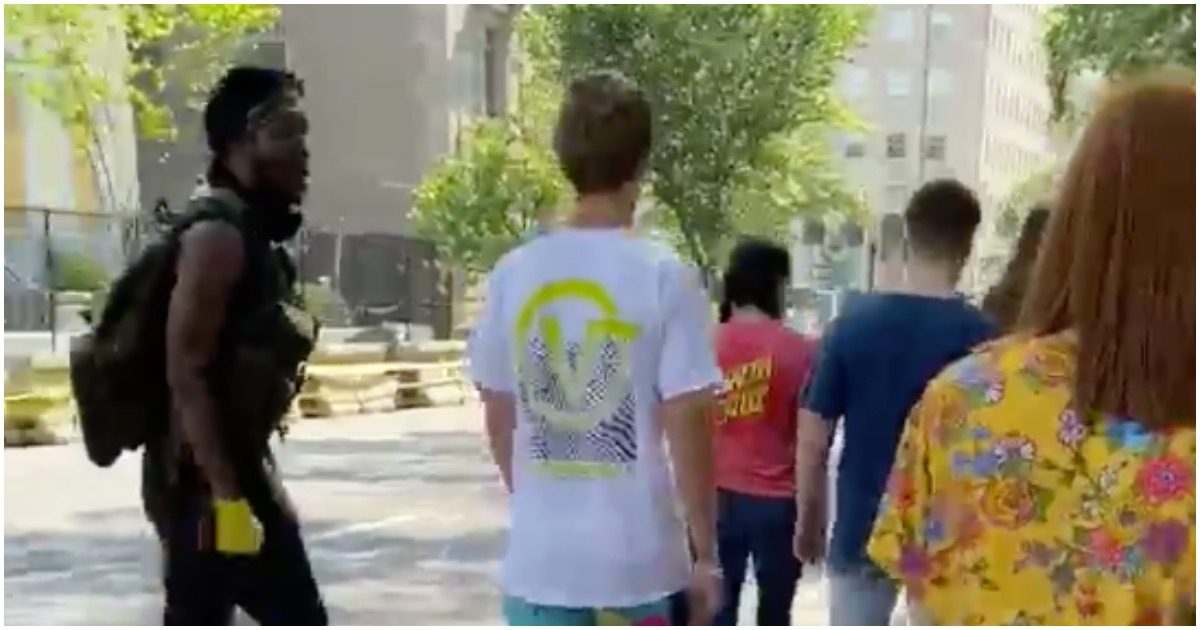 Liberals can be summed up with one word: triggered. Everything annoys them to no end, to the point where they feel they need to get violent. We see it happen on nearly a daily basis.

Check out what went down when a teenage boy decided to wear a MAGA hat in our nation’s capitol.

It didn’t go over well with a random future Joe Biden voter.

PSA: If your America loving teen wants to go on a youth trip to DC TODAY to visit the @WhiteHouse-this will happen to them. The EMOTIONAL mother of this boy sent me this video just this am! Cussed at & accosted for their Trump hats which then were taken and thrown over a wall… pic.twitter.com/NImWblCHeU