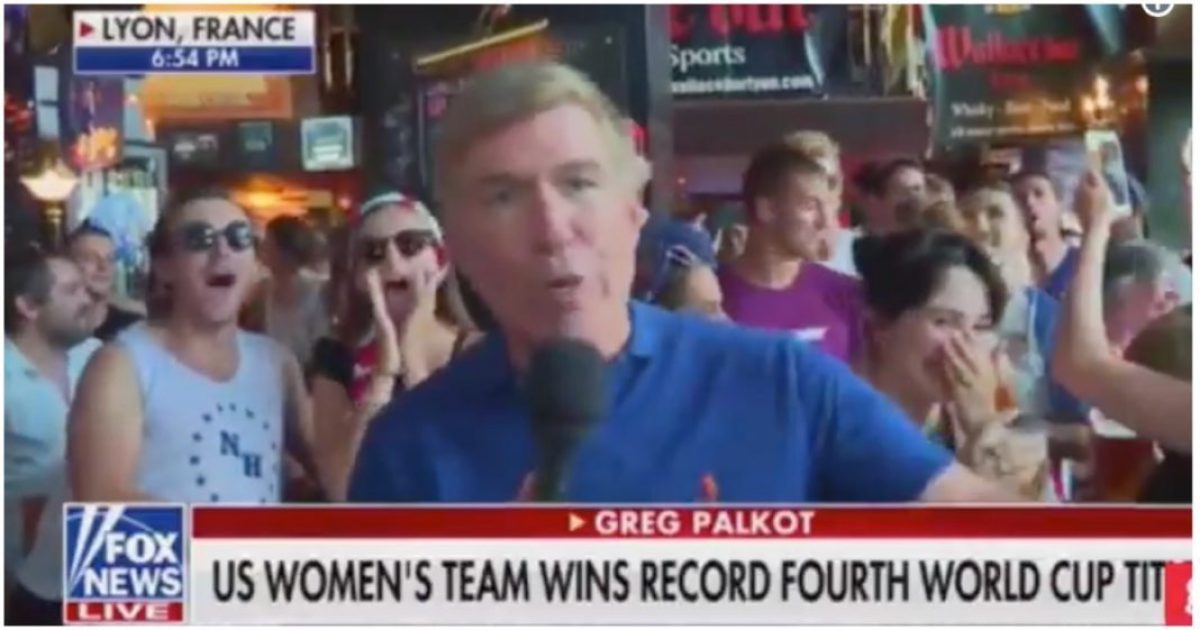 If today’s uninformed knew the history of the Democrat Party, they wouldn’t be Democrats.

Heck, if they knew what Democrats are trying to do currently they wouldn’t be Democrats.

But, it is what it is and ignorance is bliss.

lmao @FoxNews just went live from a bar in France after the #USWNT win and people started shouting "Fuck Trump" on air???????? pic.twitter.com/EFstJx43BV

Check out some of the reactions from liberals…

Just when I thought today couldn't get any better

????????????
Fox News was at a bar in Lyon France and the USWNT fans started chanting “fuck trump” Hahahahahahaha

@realDonaldTrump you are loved the world over

Co-captain Megan Rapinoe decided to ignore the National Anthem as a way to spite President Trump.

GOP Senator Takes AOC to the Woodshed, Says She’s Led By Imaginary ‘Voices In Her Head’