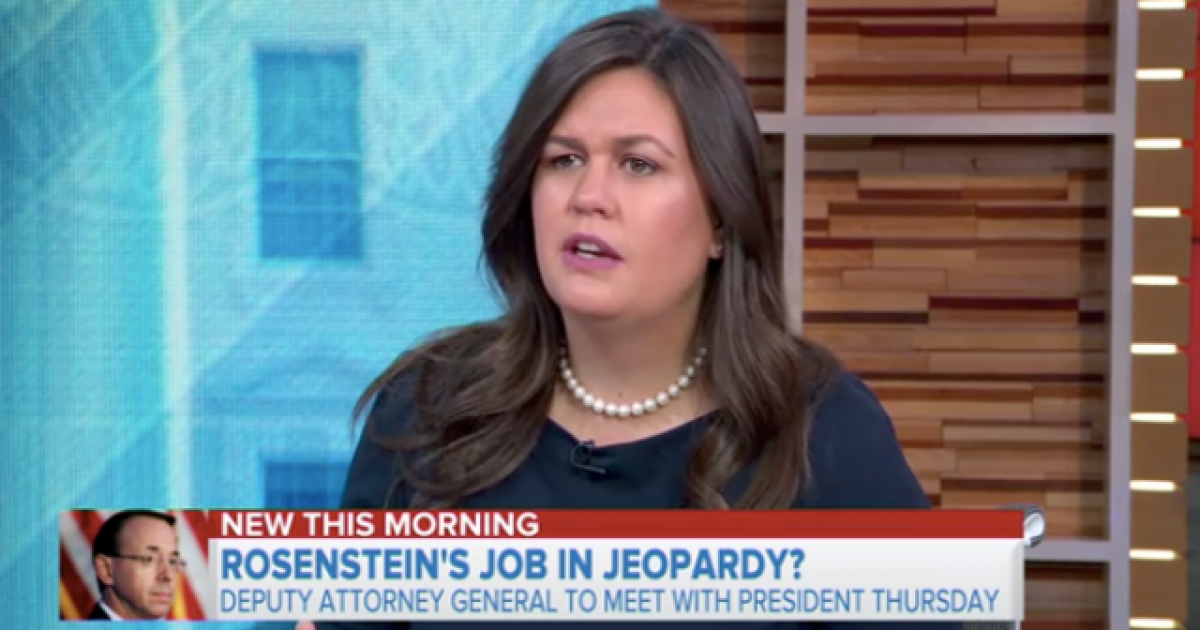 Appearing on “Good Morning America,” she also spoke out against the current state of politics in modern America, delivering a truth bomb about what what it really means these days to be innocent until proven guilty.

“Brett Kavanaugh has asked for his voice to be heard in this process, too,” Sanders said. “Last I can remember, we’re still a country where you’re innocent until proven guilty — unless you’re a conservative Republican. It is absolutely shameful what the Democrats have done and the way they have turned this into complete political process.”

“They want this to be a political game, and I think that the way they have operated in this is absolutely appalling,” Sanders said. “If anything has been appalling, it’s the way that they have gone after and used these people’s stories and their lives and exploited them for political gain.”

It’s very clear liberals are using these allegations to delay the vote until after the November election. If no sufficient evidence is found to support these claims against Judge Kavanaugh, then the vote needs to be forced ahead anyway.

The left cannot be allowed to postpone the vote, as that leaves things open for Kavanaugh to not be confirmed, which isn’t a move we can afford right now.

The main reason this is so important is because by having Kavanaugh on the bench, the chances of overturning Roe v. Wade and returning abortion to the state level increases exponentially.

We have the opportunity to stop the slaughter of the unborn, to save the lives of thousands and thousands of pre-born Americans. That’s something we can’t afford to mess up.