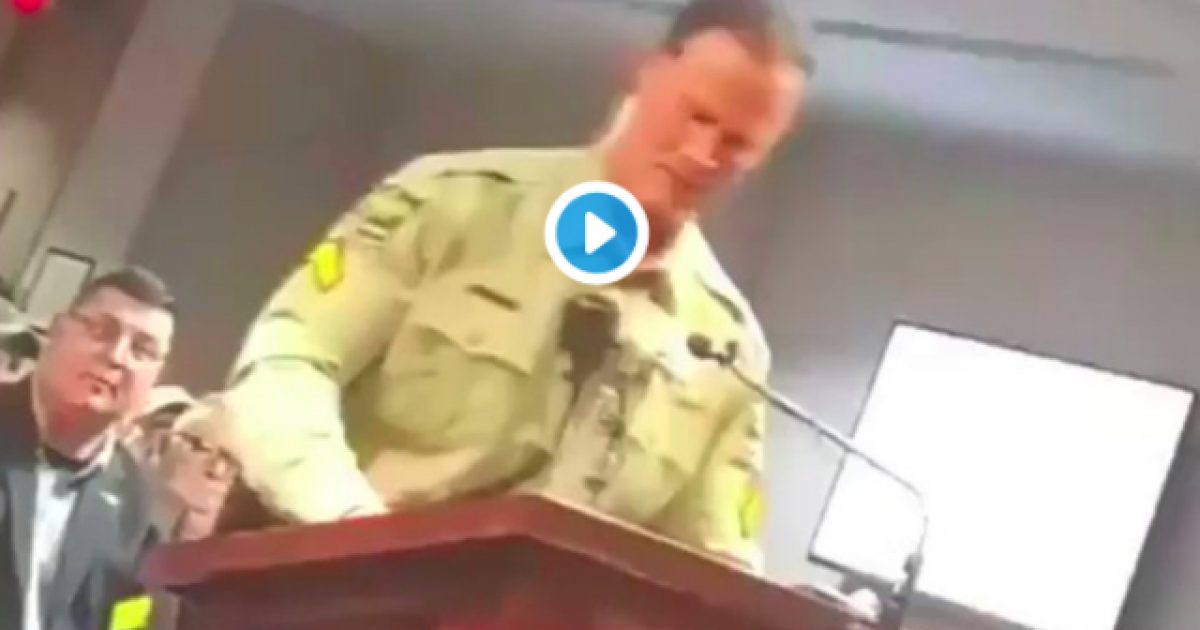 One of the most precious rights we have as American citizens is the Second Amendment, which enables us to own firearms for the protection of our personal property, our lives, and also our freedom should a tyrannical government attempt to strip away our liberty.

Which is precisely why the left is seeking to ban guns with strict gun control measures one bit at a time. However, as it turns out, there are some folks out there who are in positions of authority and are refusing to uphold such bans.

Like a sheriff from North Carolina who said that if his state passed a gun ban, he would not enforce it because it’s unconstitutional.

Davidson County Sheriff’s Deputy Tripp Kester told the Davidson Board of Commissioners this week that he supported a Second Amendment resolution to protect gun rights and that he “swore an oath” to protect the United States Constitution. He added that as a law enforcement officer, he would not enforce any law infringing upon the right to bear arms.

“The Constitution needs no explanation. It’s been enforced for several hundred years now,” said Kester. “It says what it means, it means what it says. And the last time I read the Deceleration of Independence, it specifically reminds all of us that we’re endowed by our creator with certain inalienable rights, which means God given, among these life, liberty, and pursuit of happiness and that government’s were instituted among men specifically to secure our God-given rights.

“I’m not trying to be disrespectful, but regardless of what y’all do, I’m not going to enforce an unconstitutional law,” Kester continued as applause broke out in the room. “Let’s let these people know that we’re here to support them, and we’re not going to allocate any personnel, finances, resources, or facilities to infringe on their liberties.”

For all those asking about the Police Officers who stand by their oath, here is Deputy Tripp Kester’s speech in Davidson County NC . pic.twitter.com/Tn9bZqns18

Much of this talk is the result of a current fight over gun rights unfolding in the state of Virginia. Things have become so heated in the state over a gun ban that West Virginia has actually offered to take some counties who want to preserve their Second Amendment rights into their own state.