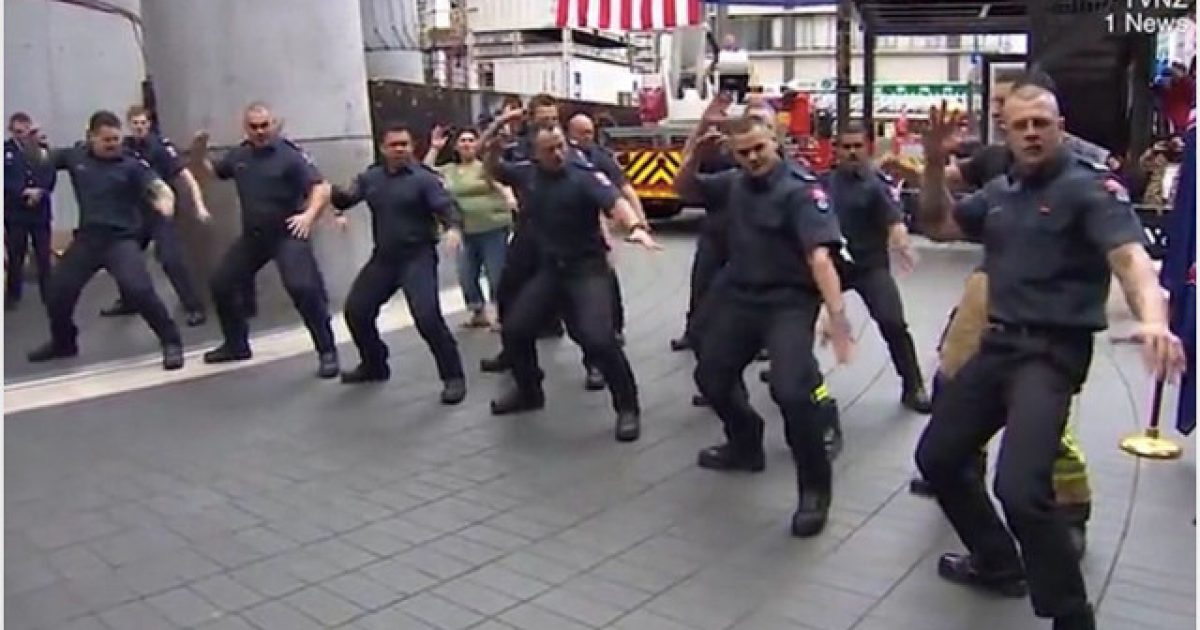 Firefighters from New Zealand did the most classy thing ever by honoring fallen 9/11 first responders with a haka performance, demonstrating that there are still good folks out in the world, despite what the left wants you to believe.

This is truly a beautiful sight to behold.

Trending: Analyst Caught Engaging In How CNN Should Cover Up Trump’s Claims of Contested Election

The Daily Mail reported that three New York Fire Department chiefs were in attendance when the group of New Zealand firefighters formed two rows and performed the traditional Moari ritual. The paper noted that “hakas are generally performed as a sign of great respect and are often presented at funerals, celebrations or sporting events.”

U.S. Ambassador to New Zealand and Samoa Scott Brown tweeted out footage of the memorial service hosted by the Otautahi Fire Service on the 18th anniversary of terrorist attacks, and called the haka “an appropriate and uniquely Kiwi way to remember the bravery and sacrifice of 9/11 first responders.”

CNN reported that more than 200 New Zealand firefighters also climbed the stairs of Auckland’s Sky Tower “in memory of the 343 New York City Fire Department firefighters who lost their lives in the September 11 attacks.”

It’s so refreshing to see folks loving our nation and the amazing people who lost their lives that day in service to not only their country, but to their fellow man.

During that time, what you were politically no longer mattered. It wasn’t about left and right. It was about being a fellow human being. Everyone, every life, mattered that day, regardless of color, creed, sexual orientation, and so on.

With as divided as we are now, it sure would be glad to see a return to that kind of unity again one day. Let’s hope it doesn’t take another 9/11 to make it happen.

Ted Cruz Sat Down With Raging Leftist Alyssa Milano To Chat About Guns; They Live Streamed The Whole Thing