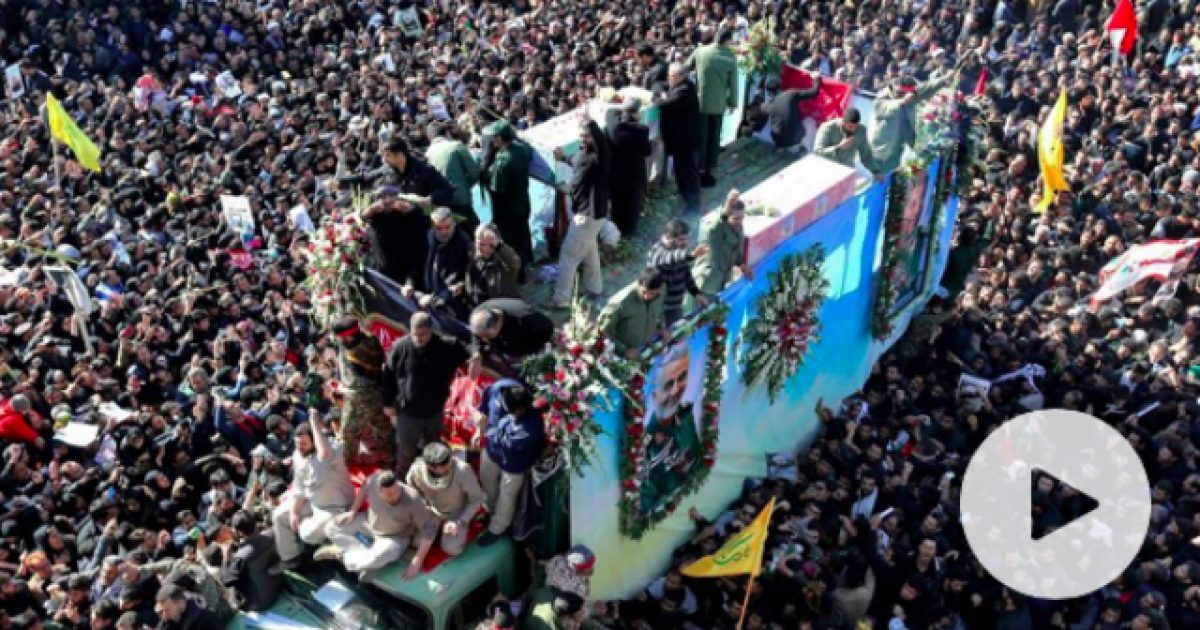 A stampede during the funeral of slain Iranian Gen. Qassem Soleimani, who was killed in a drone strike authorized by President Trump on Friday, has left 56 people dead so far, according to Iranian news sources.

The gory episode in Soleimani’s hometown of Kerman, which also reportedly left more than 200 injured, came as the U.S. Maritime Administration is warning ships across the Middle East to be on alert for possible retaliatory attacks from Iran.

“Unfortunately as a result of the stampede, some of our compatriots have been injured and some have been killed during the funeral processions,” Pirhossein Koulivand, the head of Iran’s emergency medical services, told state media.

The cause of the stampede was not immediately clear. Videos posted online showed people lying lifeless on a road and others shouting and trying to help them — and the incident has now delayed Soleimani’s funeral services.

It’s not the first time that chaos has erupted at a funeral for an influential Iranian figure.

Back in 1989, during the funeral procession in Tehran for Ayatollah Ruholla Khomeini, the whole event was interrupted when his half-naked body came out of the open coffin on life television. A group of mourners had gotten in the path the truck was taking to carry his remains to their final resting place and ripped a burial shroud that knocked his body to the ground.

The broadcast was cut short and his body was taken by military helicopter away from the crowd so his remains could be rewrapped.