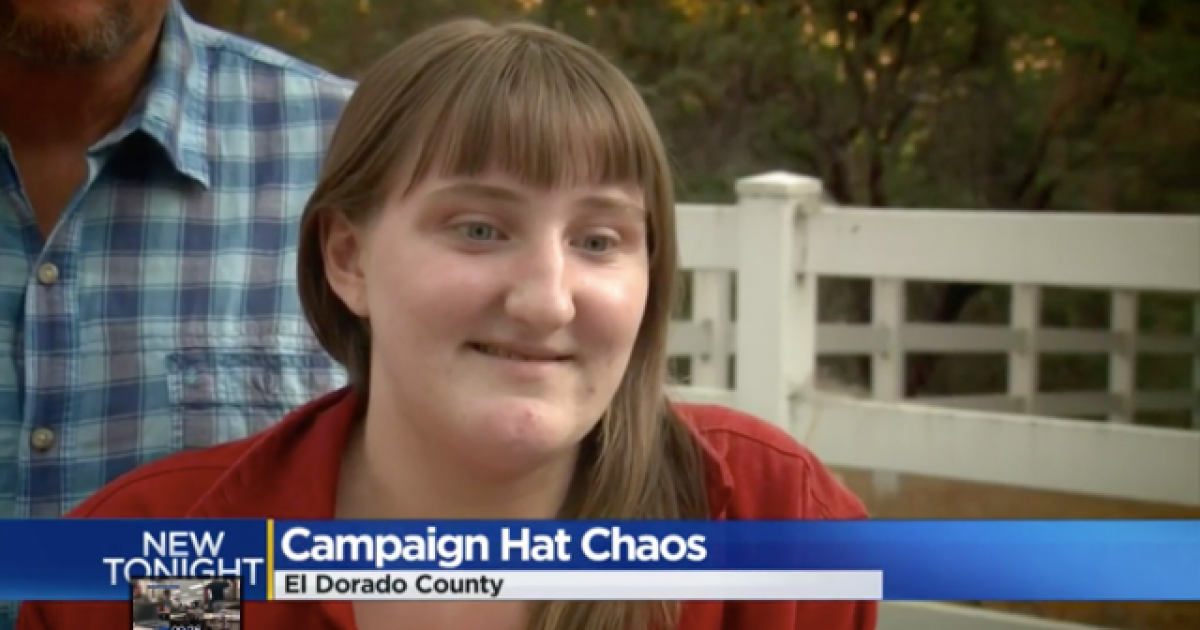 A female high school student from El Dorado County, California has been charged with two counts of battery and suspended for a week after snatching a MAGA hat from a fellow student and slapping the teacher who escorted her from the room.

What did this loony leftist in training have to say for herself? She was only expressing her political dissent about a “racist and hateful symbol.”

“A Union Mine High School student is facing battery charges after an altercation in her classroom over a Donald Trump ‘Make America Great Again’ campaign hat,” Sacramento’s CBS 13 reports.

The student’s mid-class meltdown was caught on a cell phone video (see below), which shows the male teacher struggling to separate the irate 17-year-old senior from her Trump-supporting classmate after she grabbed the hat, which she decried as “a racist and hateful symbol.”

Police say she now faces two counts of battery: the first against her male classmate and the second against her teacher, whom she allegedly slapped. The school has also given her a week suspension.

The MAGA hat-snatching student has defended her actions, describing them as an expression of her political views. She told CBS 13 she hoped that her actions would “maybe just wake people up in some type of way, because it’s not cool the environment our classroom is in.”

What she meant by the “environment our classroom is in” is not clear. The school’s policy, CBS 13 reports, allows students to wear clothing supporting political candidates.

First off, how is a hat that says “Make America Great Again” a symbol of racism? Because it’s the president’s campaign slogan? Really? There’s no evidence to support the idea that Trump himself is some sort of racist, nor are the ideas he espouses racist. This young lady is a liar. Plain and simple. She’s simply parroting talking points she’s heard on the left-wing media, failing to think through issues for herself.

It’s perfectly okay to disagree with Trump’s politics. It’s not okay to physically assault someone and take their stuff. Period. Ever. This is something we all used to learn in kindergarten, but apparently those days are long past now.