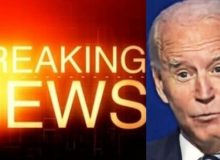 When it’s all said and done, historians will look at this period in time as one of the strangest of all, especially for those of us living in the United States.

Of course, there’s the COVID-19 pandemic, which continues to infiltrate every facet of our daily lives, like an oppressive hum that you just can’t shake, rattling your skull at times, and being a minor inconvenience at other times.

On top of that viral hum there were the shouts and screams of America’s political upheaval, and the hisses of the mace cans during her racial reckoning.

And then there was buzzing of the “murder hornets” and the other, louder buzzing of “Brood X” cicadas.

This week, there was the booming of, well…something in the skies over Tennessee.

Authorities in Tennessee spent hours searching for the source of what residents reported as a “loud explosion” and shaking ground.

In a Facebook post, the Clarksville Police Department wrote on Sunday that its 911 dispatch had received numerous calls at around 9:50 p.m. local time on Saturday regarding the “loud explosion” and that several individuals had also said they had felt the “ground shake.”

The mystery had authorities stumped.

“The sound was heard across many parts of Montgomery County but there have been no reports of any injuries or property damage. The Clarksville Police Department, Fire Department, Montgomery County Sheriffs Office and Emergency Medical Services (EMS) searched for a couple of hours but were unable to locate the source.,” the department wrote.

“Fort Campbell is on a Four Day weekend due to the Labor Day holiday, and does not appear to be conducting any type of training or exercise,” the police added. “Currently, this seems to be some sort of unknown phenomena until someone reports actual damage.”

Home security video showed that the noise was accompanied by a bright flash of light as well.

In this video captured by Heather Risacher Rooney, you hear the loud boom in Clarksville around 9:50PM last night that police call an “unknown phenomena.” https://t.co/ecWeDIfqbH pic.twitter.com/VREA3WFPVd

Possible explanations that have been posited thus far include the possibility of a sonic boom from a meteor entering our atmosphere, to some locals playing around with a high explosive such as tannerite.