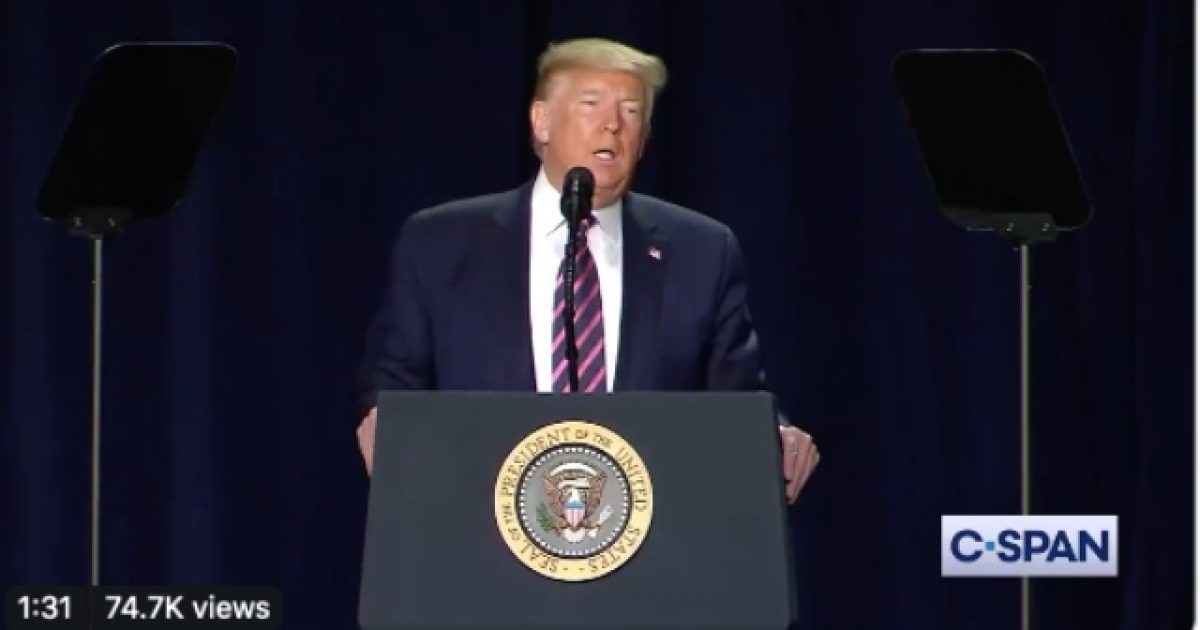 President Trump wasted no time during the National Prayer Breakfast, taking an opportunity to slap at House Speaker Nancy Pelosi and Republican Sen. Mitt Romney concerning the behavior of both this week.

Pelosi has earned the president’s ire not only for the whole impeachment fiasco, but also for ripping up his State of the Union speech after the address on Tuesday evening. Then, of course, Mitt Romney made history by opting to be the only Republican who voted in favor of impeaching the president.

It’s not hard to see why he was ready to take aim at these two individuals.

At the National Prayer Breakfast on Thursday, the day after he was officially acquitted by the Senate on the Democrats’ impeachment articles, President Trump took thinly veiled shots at two of the people who proclaimed him “guilty” of impeachable offenses: House Speaker Nancy Pelosi (D-CA) and Sen. Mitt Romney (R-UT), the lone Republican senator to to vote with Democrats on their accusation of “Abuse of Power.”

During the Prayer Breakfast Thursday, Trump — with Pelosi seated to his left on the stage — held up headlines declaring him “acquitted” and criticized those who “use their faith as justification for doing what they know is wrong,” as well as those who “say ‘I pray for you’ when they know that that’s not so.”

“As everybody knows, my family, our great country, and your president have been put through a terrible ordeal by some very dishonest and corrupt people,” said Trump (video below). “They have done everything possible to destroy us and, by so doing, very badly hurt our nation.”

Trump continued on saying, “They know what they are doing is wrong, but they put themselves far ahead of our great country. Weeks ago, and again yesterday, courageous Republican politicians and leaders had the wisdom, fortitude and strength to do what everyone knows was right.”

President Trump: "I don't like people who use their faith as justification for doing what they know is wrong. Nor do I like people who say 'I pray for you' when they know that that's not so. So many people have been hurt and we can't let that go on."#NationalPrayerBreakfast pic.twitter.com/79XCLpD7GP

It’ll be interesting to see what kind of relationship, if any, Pelosi continues to have with the president given the actions that were taken this week.

Lots of Democrats are disappointed with Pelosi’s behavior and believe it will end up costing her and the party big time this November.