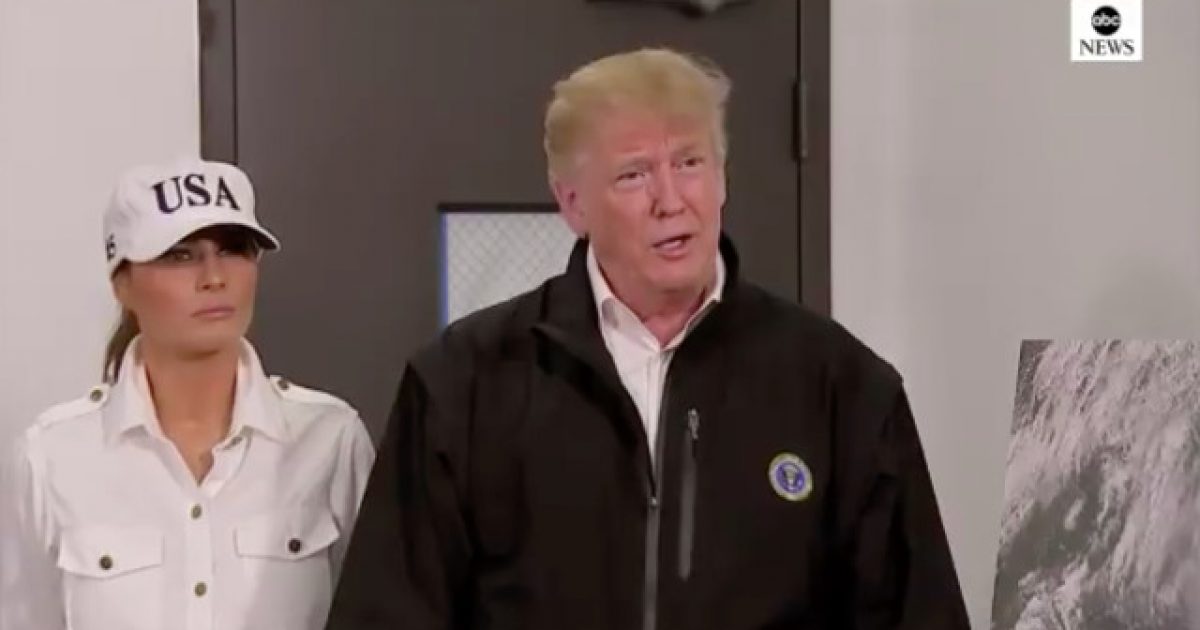 President Donald Trump has not at all been shy about giving Sen. Elizabeth Warren a hard time over her dubious claims to be Native American, but after she released her DNA results, which prove exactly the opposite, he had an absolute field day destroying her in public.

Warren’s test results stated she was 1/1,024 Native American, which means she MIGHT have had a Native American ancestor oh, say, ten generations ago. That’s a “might” it’s certainly far from a guarantee. In other words, she’s a white woman of European descent who attempted to claim Native American status.

Isn’t that cultural appropriation or something?

“How much, 1/1,000th?” Trump asked as multiple people in the audience began laughing.

“Do you owe her an apology?” the reporter asked.

“No, I don’t,” Trump responded. “She owes the country an apology.”

“What about the money that you told her you would—” the reporter continued.

“You mean if she gets the nomination, in a debate where I was going to have her tested?” Trump interjected. “I’ll only do it if I can test her personally.”

"She owes the country an apology. What's her percentage, 1/1000th?" https://t.co/cyAHgf38yt pic.twitter.com/lZrxHjhpBI

Trump is certainly right about the need for Warren to apologize to the American people, particularly those who are actually, legitimately Native American.

The Cherokee Nation released a letter yesterday weighing in on Warren’s test results, denouncing her attempt to claim Native American status when she is clearly not part of their people group.

On top of that, Rebecca Nagle, a prominent Native American activist also called out Warren’s ridiculousness in a piece published on the Huffington Post. You’d think by now, with all of the ridicule she’s receiving, Warren would back down from this insanity.

However, that doesn’t appear likely.

Sen. Claire McCaskill Just Got Busted in Undercover Sting. Here’s What Was Caught on Video.

Prominent Native American Activist Speaks Out About Elizabeth Warren. She’s Not Going to Like What She Had to Say.