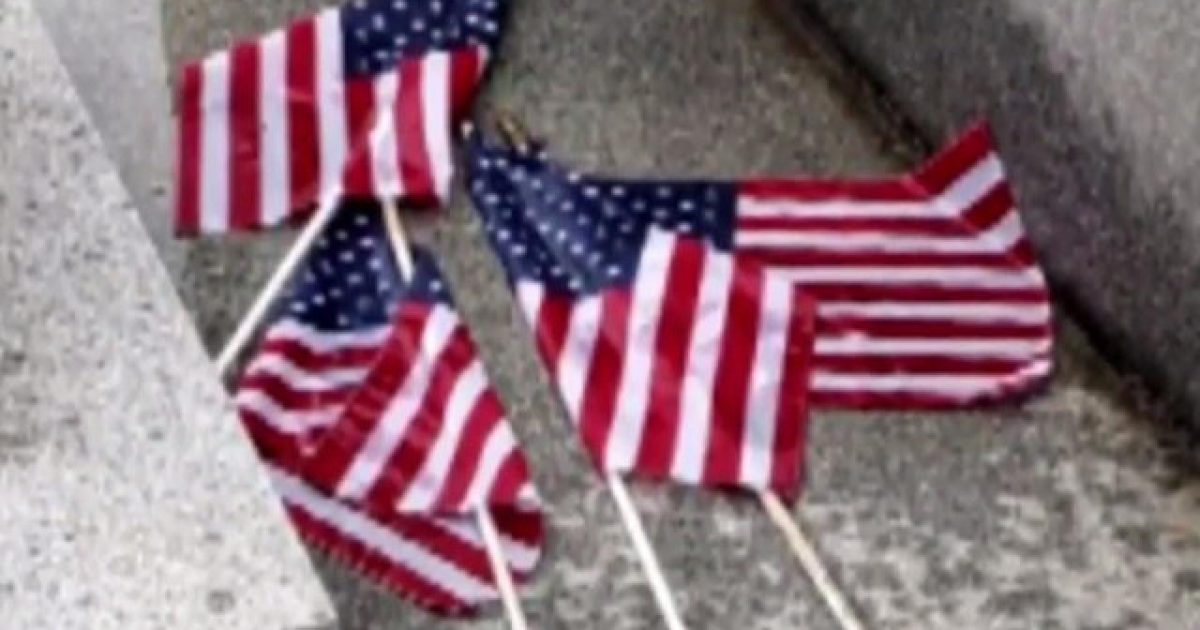 A man and woman are now the subject of a police manhunt after begin seen tearing U.S. flags from the ground at a Veterans Memorial Cemetery in Massachusetts and urinating on them.

The incident occurred on Monday and was witnessed by George Gatteny, who was sitting in traffic when he noticed the 20-something couple ripping the flags out of the ground.

He says he saw the man take them behind a monument where he unzipped his pants and began urinating on them.

The man then “started undoing his pants, taking himself out, and making motions in what appeared to be urinating,” Gatteny recalled to WBZ, adding that he started yelling and asking what they were doing.

“As he walked by me, he had a smirk on his face, almost like, ‘There’s nothing you can do,’” Gatteny told the station.

Gatteny told WBZ he followed the couple, took photos of them with his cellphone, posted them on Facebook, and told police all about it — including the address of their apparent residence.

Another witness named Tom told the station two of his friends are buried at the cemetery and called the act “unacceptable.”

“They were walking away laughing, thought it was a fun thing,” he added to WBZ.

Gattney later told reporters that he wants to see the couple have the book thrown at them for the egregious act they carried out and how it disrespected the men and women who have bravely served this country.

This is absolutely horrible and the two sickos who did this should be absolutely ashamed of themselves. These are the kind of people the public school system and the liberal culture we live in continue to produce, the logical byproduct of a generation of self-entitled, America-hating statist robots reproducing themselves.

Here’s to hoping the police catch these individuals and prosecute them to the fullest extent of the law.