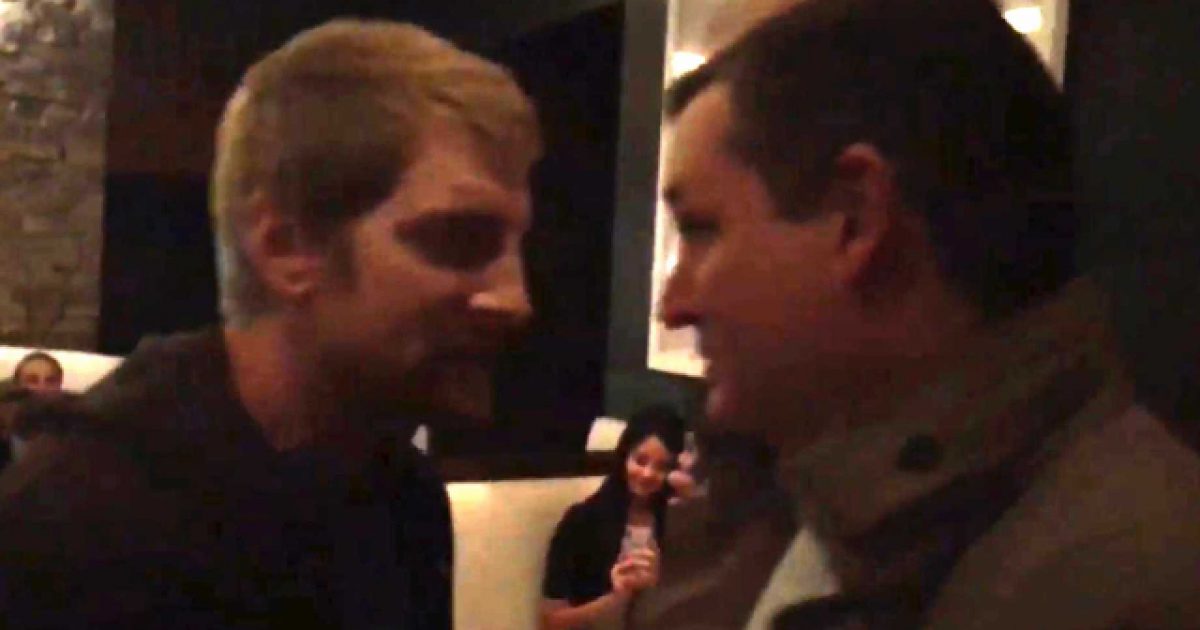 Far-left activists did what they do best to Sen. Ted Cruz and his wife while they were out at a restaurant trying to eat in Washington, D.C.

The oh so tolerant folks of Antifa posted a video of activists harassing the Cruz family, completely disrupting not only the couple’s night out, but every paying customer’s dinner in the joint.

Aren’t they just a bushel of peaches?

The activists repeatedly screamed “We believe survivors!” in the restaurant, disrupting the business and its customers, and forcing the Cruz family to leave.

At one point, one of the protesters told Cruz that his Democratic challenger, Beto O’Rourke, was “way hotter” than him.

Cruz would only respond by saying, “God bless you,” although he did become fiery when they attempted to block his wife.

This is truly deplorable behavior.

What’s ironic is that a group of fascists are claiming to be all about ending fascism, completely clueless about the fact that they themselves are the ones who promote the very ideals they claim to want to get rid of.

This, my friends, is why so many folks are starting to think liberalism is a mental disorder. You have to completely be devoid of common sense and logic to miss this glaring reality.

If they really want to make a difference, if they really wanted to create a successful movement that pushed their ideology, they’d stop fooling around with politicians and just focus strictly on culture.

LGBT Supporters Want School District to Stop Renting to Church. The Reason Why is Infuriating.