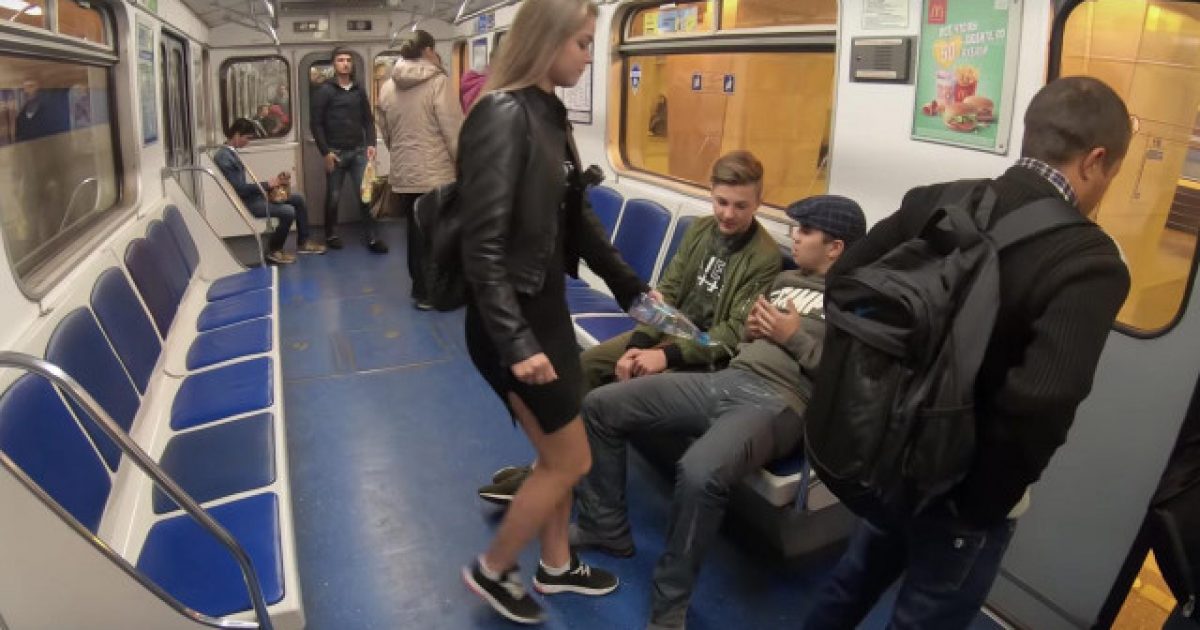 A radical Russian feminists — yes, they really do exist, apparently — is going viral thanks to a video posted on YouTube of her courageous crusade against “manspreading,” a vile evil threatening to destroy the entire globe.

Okay, not really. It’s not really hurting anyone, just the dippy folks who belong to the “radical feminist” category of insane left-wingers.

So how is this woman combating the greatest evil of our time? Pouring bleach on the crotches of men caught in the act.

The video shows 20-year-old Russian law student Anna Dovgalyuk pour the mixture — which she claims is 30 times more potent than household bleach cleaner — on the crotches of unsuspecting men.

Dovgalyuk takes umbrage with the fact that this “disgusting act that is being fought around the world — but hushed up here.”

“Men demonstrating their alpha-manhood in the subway with women and children around deserve contempt,” Dovgalyuk says in the video. “If you publicly show what kind of macho you are, we will publicly cool you off!”

Most of Dovgalyuk’s victims are too stunned to react while others rush to confront her. In total, she targets more than 70 men, which her videos refers to as mere “species.”

This lady has some serious mental issues, and obviously has some sort of twisted death wish.

Sooner or later, she’s going to come across a man who has no problem treating a woman like a complete equal and will do unto her what he would do unto a man who poured a strange substance on his nether region.

Namely deliver a swift jab to the nose.

This sort of behavior is dangerous for a number of reasons. She ought to be ashamed of herself for acting like a complete fool.

Guess she’s going to have to learn this lesson the hard way.