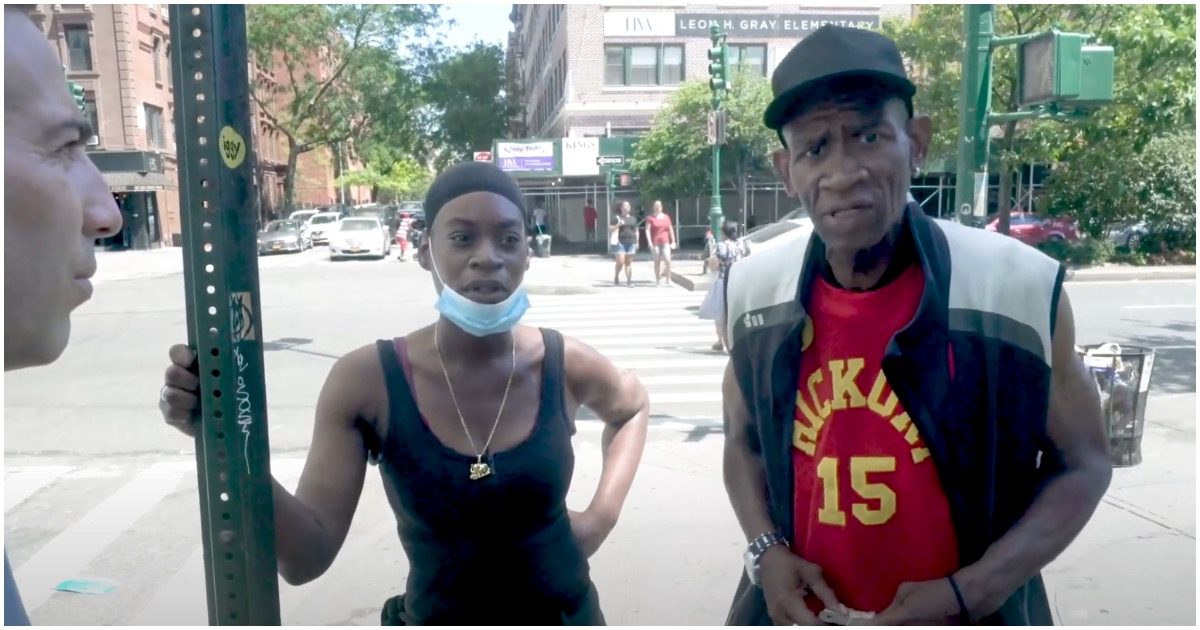 This is what happens when white-guilt takes over your life – it makes future Joe Biden voters think they know what is best for black Americans.

Protests around the nation are largely dominated by white liberals. They believe they are helping the black community combat racism by agreeing with the radical wing that law enforcement should be defunded.

On Thursday, Ami Horowitz released a new video to YouTube in which he asks white and black New Yorkers if they “support abolishing the police.” Their answers are…quite different.

When asked about the relationship between the NYPD and members of the community, a man wearing a blue Nike hat claims that “it’s pretty good,” noting that “all police officers are not bad,” and that there are ones who “really care about the people and really want to help the people.”