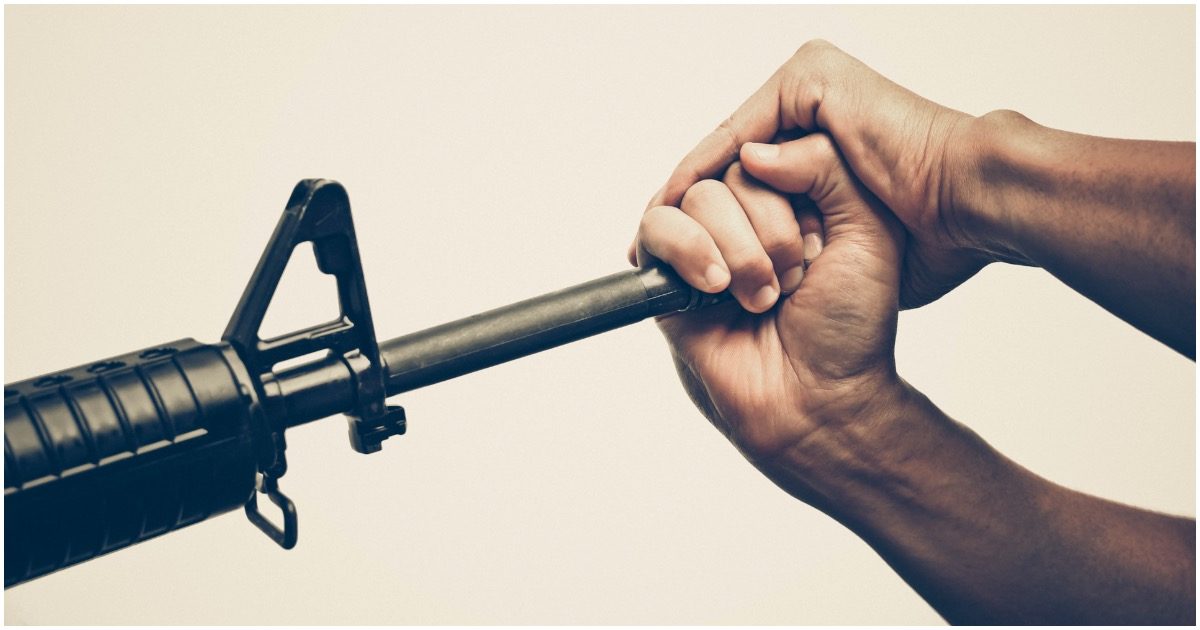 When Virginia Democrats took control of the state last November, they instantly said they were coming for the guns. On Tuesday, they took a big step forward. Here’s the deal, via Free Beacon:

Virginia house Democrats passed a bill on Tuesday banning the sale of “assault weapons” and calling for the confiscation of magazines capable of holding more than 12 rounds.

The bill would outlaw new sales of some of the country’s most popular firearms, including the AR-15. It would also make possession of ammunition magazines capable of holding more than 12 rounds punishable by up to one year in prison even if the magazines were legally purchased.

The bill, known as HB961, passed the House of Delegates by a vote of 51 to 48 with all Republicans and several Democrats voicing opposition. It is the most controversial measure Democratic lawmakers and Governor Ralph Northam (D.) have advanced since taking control of both houses of the state legislature in November. If signed into law, it would be among the strictest bans in the country.

Virginia’s Democrat governor has not ruled out gun confiscation. Ol’ blackface himself said so. If Dems aren’t actively trying to get President Trump re-elected, then what is their angle?

The Washington Post reported Wednesday that Northam wants to bring back eight “common-sense” gun control measures that Republicans shot down during a special session in July, prioritizing “universal background checks, banning the sale of assault weapons and high-capacity magazines, restoring the law that limits purchases to one gun a month, and a red flag law that would empower a court to temporarily remove a gun from a person deemed to be a risk to himself or others.”

Maybe he could come to collect them personally, in blackface.

But will he make the announcement in blackface or the KKK uniform?

Urban dwellers outnumber the traditional voters. As we become an urbanized society, our original American values, thoughts and customs are now outnumbered and the dependent urbanites will take us down the wrong path

All politicians wanting to confiscate guns should be required to be the one doing the confiscation.

This should wake up Virginians!! They are mostly avid gun owners and hunters who will defend their right to self defense.

Well I suggest that he has to begin the confiscation by going door to door and doing it first.

Govt does not have the manpower to confiscate anything. People in VA will not comply with his unconstitutional gun grab.

Take the guns and murder the babies. Never mind my transgressions.