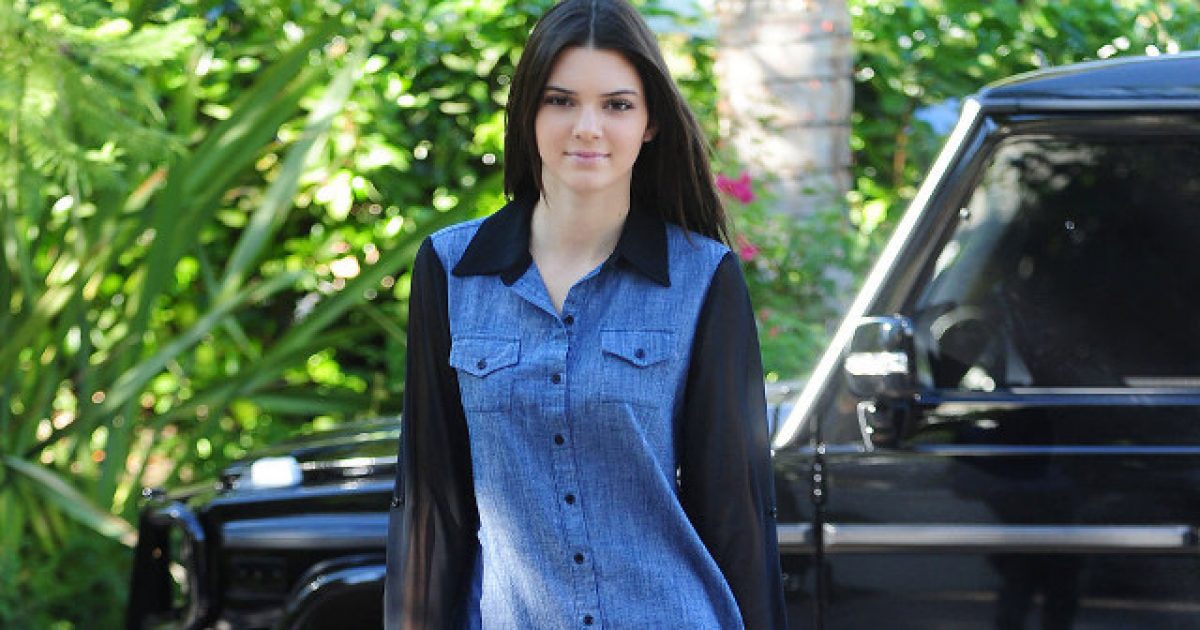 Kendall Jenner, who’s true and only real claims to fame are modeling and being a member of the wacky Kardashian clan, continually seems to find herself under fire from social justice warriors for just about anything and everything she does, a phenomenon which is strange given the fact that she’s a pretty liberal individual.

The latest wave of outrage to be brought to her front door involves some photographs taken by Vogue magazine that feature the reality star rocking an afro-style, which, as you can probably imagine, had social justice warriors in an uproar, because, well, cultural appropriation and things like that.

The Vogue/CFDA Fashion Fund shared several photos on Instagram showing Kendall Jenner in a hairstyle that ruffled the feathers of one too many commenters, who accused the fashion magazine of cultural appropriation, The Hollywood Reporter reports. Behold the monstrosity:

Fifteen years and 150 finalists later, the @CFDA/Vogue Fashion Fund prize has created global stars, local heroes, a must-watch New York Fashion Week, and, most important, a true sense of community among designers of all ages and backgrounds—all with differing aesthetic and commercial aspirations—who communicate, collaborate, and essentially care for one another through the fun and not-so-fun times. Laura Vassar Brock—one of the founders of 2016 #CVFF winner Brock Collection—says, “We spoke to a few friends who had gone through it, and they all said the same thing: that the Fashion Fund is a life-changing experience. And indeed it was!” Tap the link in our bio to learn more. Photographed by @mikaeljansson, styled by @tonnegood, Vogue, November 2018

15 years ago, the @CFDA/Vogue Fashion Fund was created to make the American fashion community more caring, more creative, more conscionable. Tap the link in our bio for a look back at the prize that changed American style. Photographed by @mikaeljansson, styled by @tonnegood, Vogue, November 2018

Here’s how the perpetually outraged on social media reacted to the photographs.

“FOR YEARS WE have been penalized about our looks and especially our hair, It is a slap in the face when non-Blacks try to imitate our look,” one Instagram user wrote.

“I like Kendall but why didn’t they use an ethnic model who has hair like that,” another wrote.

Other Instagram users were confounded about all the fuss over the photo.

One user emphatically protested: “Backlash for this photo?? Seriously?? That is the stupidest thing I’ve ever heard!! So now someone has decided who can have a full curly look/ afro?? That is just BS!! Pick your battles people and get over it…seriously!!”

“I’m so sick and tired of people criticizing Kendall Jenner,” another said. “She could wear her hair straight and have a green bow and it would be offensive. I’m honestly ashamed to say this, but y’all need to step back and look in the mirror, who are you to come at her when your just a HUMAN LIKE HER. Y’all should be ashamed, LEAVE HER BE. (Also that’s not an Afro).”

As we’ve all come to expect, when these folks put just a tiny bit of pressure on Vogue, they caved and immediately issued an apology.

“The image is meant to be an update of the romantic Edwardian/Gibson Girl hair which suits the period feel of the Brock Collection, and also the big hair of the ’60s and the early ’70s, that puffed-out, teased-out look of those eras,” the Conde Nast publication said in a statement to E! News. “We apologize if it came across differently than intended, and we certainly did not mean to offend anyone by it.”

As was stated earlier, Kendall Jenner is absolutely no stranger to controversy, especially when it comes to being politically correct. Remember that huge fail she had with the “woke” Pepsi commercial?

Critic Says NY Democrat Who Defended Trump ‘Condoned a Nazi.” Dem Destroys Him With One Tweet.

Black Lives Matter Criticizes ‘The Hate U Give’ Film. Here’s What They Say It Needed More Of.