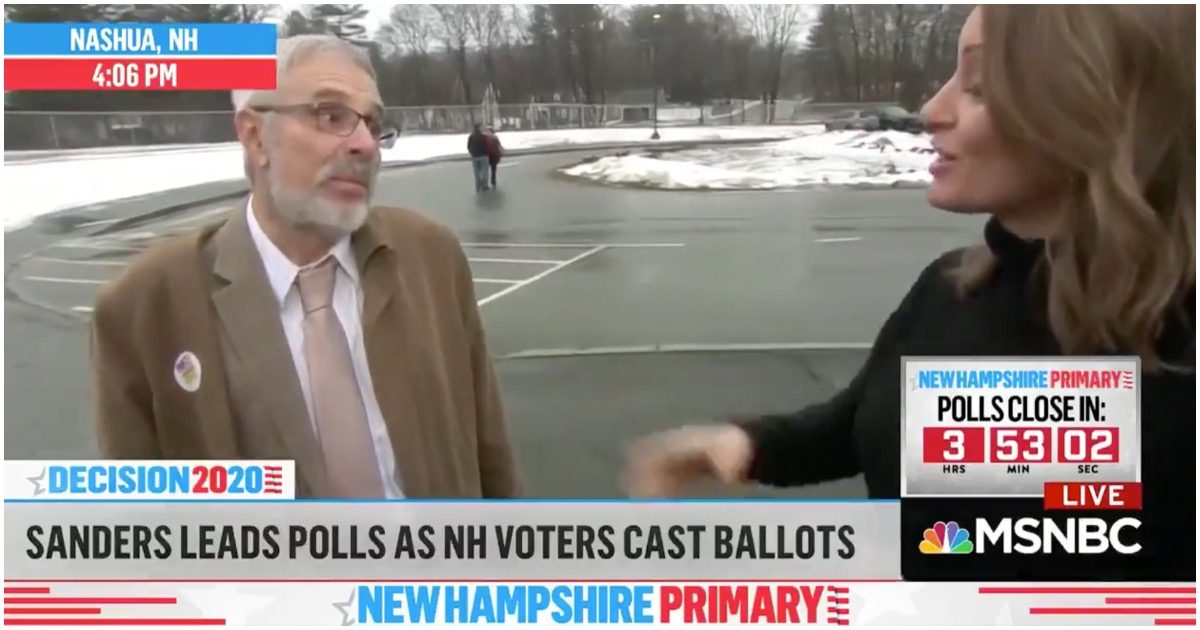 Senator Bernie Sanders (VT) came away victorious after Tuesday night’s Democrat primary in New Hampshire. MSNBC’s Katy Tur caught up with a voter, wondering why Sanders is “not appealing” to him after he told her he voted for President Trump.

Tur look perplexed. She was smiling as the man was talking but it was evident she didn’t get the answer she was expecting.

Knowing Katy Tur's background, it takes a lot to embarrass her

This guy did it