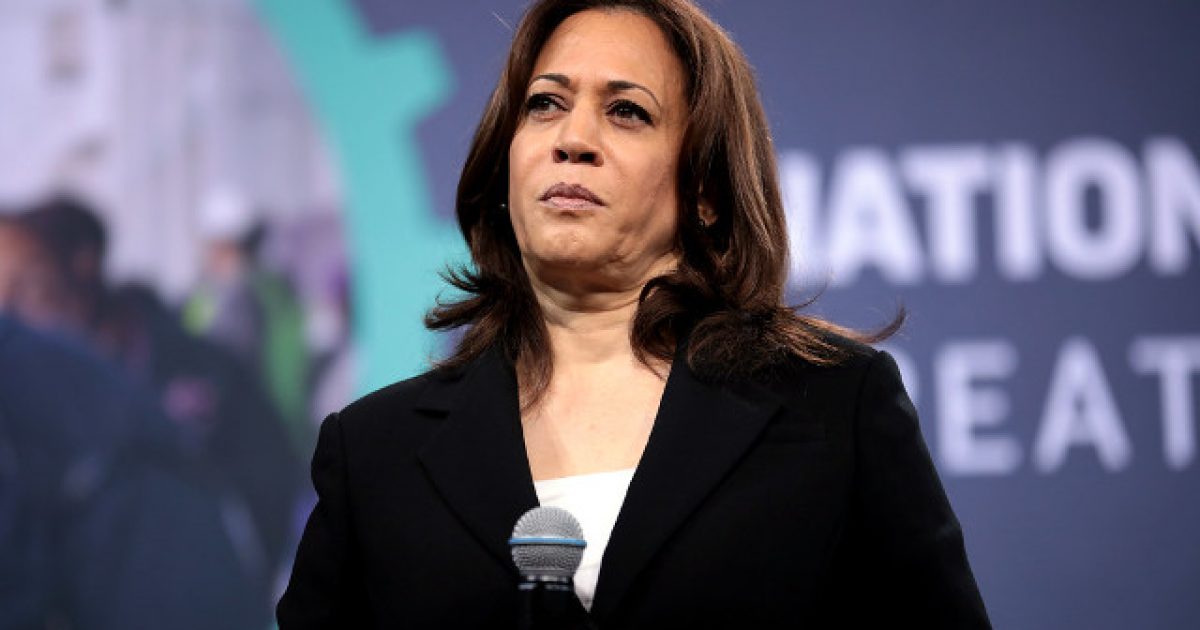 For thirty days, Vice President Kamala Harris has been at the helm of the humanitarian crisis that is occurring on our southern border, having been appointed to that role by Commander in Chief Joe Biden.  And, for those thirty days, we heard nothing from Harris.  Instead, the VP was in Chicago having chocolate cake.

Now, we have finally heard at least something from the second-in-command regarding the immigration crisis, but it’s not at all what we expected.

Vice President Kamala Harris used a meeting Thursday to argue climate change is a root cause of migration from Central American countries.

“We are looking at extensive storm damage because of extreme climate, we’re looking at drought,” Harris said.

Harris met with foundation leaders on the ongoing migrant crisis as people from Honduras, El Salvador, and Guatemala flood the Southern border through Mexico.

Because of the changing climate, Harris argued, people in the region faced a struggling agriculture industry, food scarcity, food insecurity, and extreme poverty.

“Again, we’re looking at the issue of climate resiliency, and then the concern about the lack of economic opportunity,” she said.

The unconventional connection seems to be aimed at roping some of the far-left Democrats into the immigration conversation, as the radical liberals have long been unwilling to discuss any sort of immigration reform, but are keenly interested in shouting about climate change until they’re blue in the face.

Harris is likely hoping to keep these all-important radical Democrats from abandoning the administration by dangling the climate carrot in front of their faces.

The Don Dunks on LeBron After Inflammatory, Anti-Police Tweet