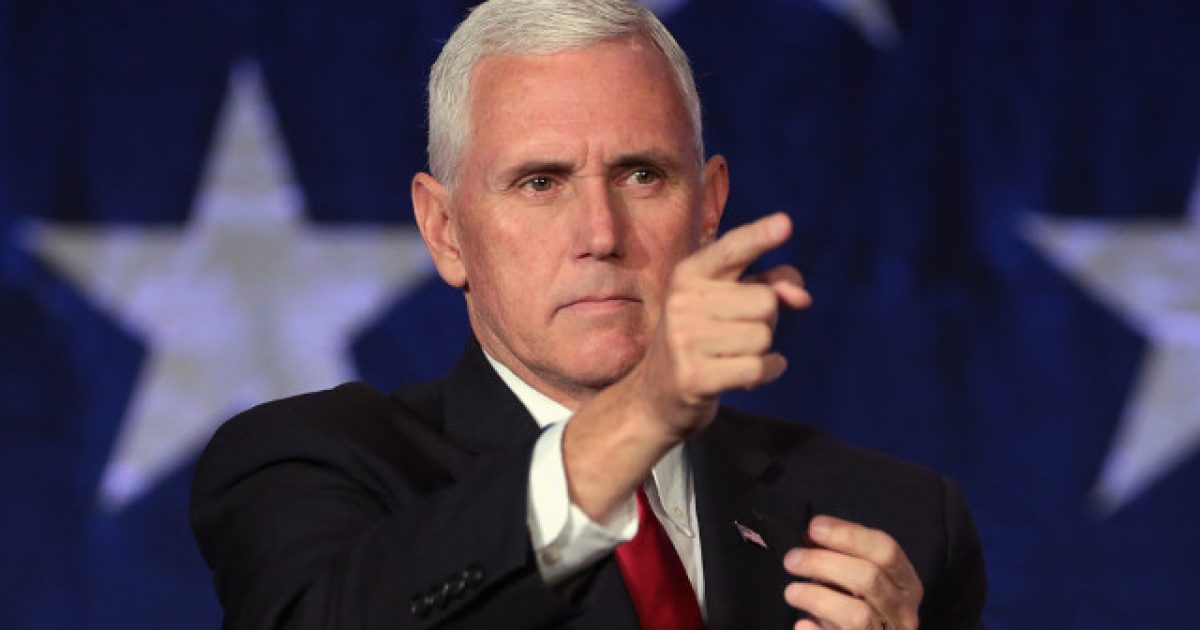 In a scant few days, the American government will be forced to come to terms with an enormous issue.

Galavanting through Mexico, as we speak, is an enormous caravan of Central American migrants who are hellbent on storming the US border.  Their goal is to be unstoppable, and to use the sheer size of the crowd to overwhelm the US Border Patrol the same way that they did when they reached Mexico.

The 7,000-plus migrants will make for a timely distraction as we lead up to the 2018 midterm elections, and that confluence has certainly piqued the interest of intelligent observers.

To add to the mystery of the caravan’s peculiar timing, Vice President Mike Pence has suggested that his sources have told him that there are secret funding mechanisms for the traveling stunt as well.

Pence made the allegation while defending President Donald Trump’s assertion that Middle Easterners make up a part of the 7,000-strong caravan in an interview with Washington Post national political reporter Robert Costa.

“It’s inconceivable that there are not people of Middle Eastern descent in a crowd of more than 7,000 people advancing toward our border,” Pence said. “In the last fiscal year, we apprehended more than 10 terrorists or suspected terrorists per day at our southern border from countries that are referred to in the lexicon as ‘other than Mexico’ — that means from the Middle East region.”

The Vice President then revealed that Hernández told him that “leftist groups” from the Central American country organized the caravan, “financed by Venezuela” to “challenge our sovereignty, challenge our border.”

The organization and funding aspects of this caravan, and its previous incarnation, have lent credence to the idea that these actions are politically motivated rather than organic, asylum-seeking groups naturally heading to the border.