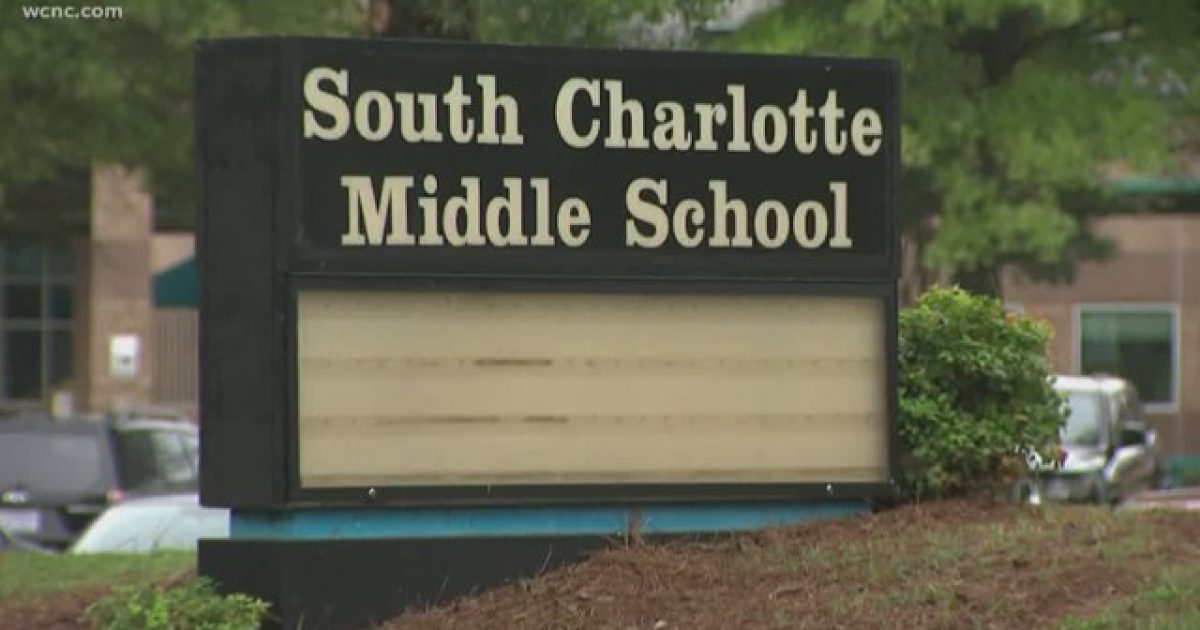 Tracy Russ, spokesman for Charlotte-Mecklenburg Schools called a photograph of a sign on the South Charlotte Middle School that expressed a rather tasteless message for now Supreme Court Justice Brett Kavanaugh a fake after it was shared on Twitter.

Conservative blogger A.P. Dillon sent the tweet containing the photograph, answering the charge of “fake news” about the picture by sharing tweets from two individuals who said they took the picture and that it was very much real.

Well, as it turns out, the photo was legitimate.

Tuesday morning Russ confirmed: The message was real. Someone apparently altered the school’s sign, which Russ said had another message on it and should have been locked, to reflect dissatisfaction with Kavanaugh’s confirmation.

“We thought it had been fake. It turns out it was real,” Russ said. 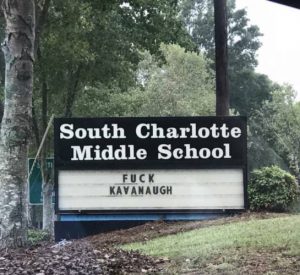 Russ said the principal learned of the message and removed it “pretty quickly.” Russ said CMS is checking security cameras to see if the culprit was recorded, but as of Tuesday morning he said the district doesn’t know how the sign was altered or who did it.

“CMS messaging guidelines, Board policies and codes of conduct forbid use of profanities in any communications. CMS is investigating this matter with law enforcement,” he said in a statement sent Tuesday morning.

Dillon responded to an Observer query Tuesday by saying the CMS response was “perhaps a bit too hasty.”

“I think the citizens in the area and parents of children at that school would like to know how the sign was vandalized in the first place,” she said.

How crazy is this?

Someone needs to figure out how this happened and work toward solutions to prevent it from recurring in the future. There’s little doubt the folks who did this will be inspired by the media coverage they received and may attempt to do it again with a different message once the heat dies down.

Let’s hope the individuals responsible for this are caught somehow and held accountable for their act of vandalism. We certainly don’t need more division in America right now.