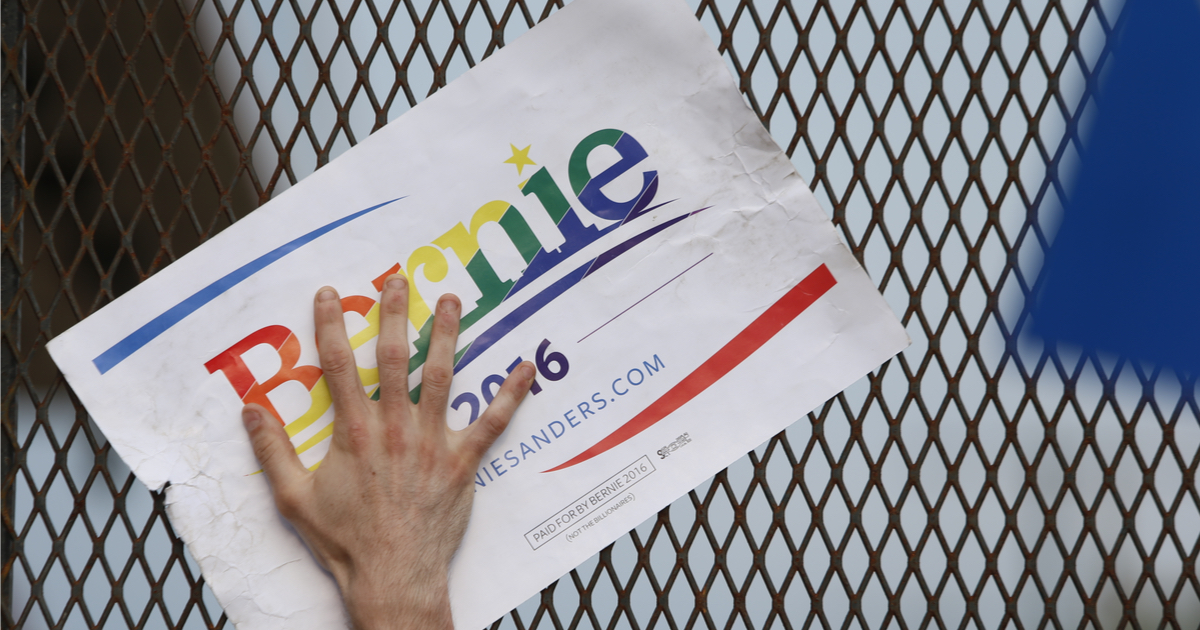 Nearly to a person, Democrats today are blabbering that “walls don’t work” to prevent President Donald Trump from getting a “win” on the budget. But, if “walls don’t work,” why did the Democrats build a giant wall to keep protesters away from their 2016 national convention?

Apparently, the walls the Democrats built around the Wells Fargo Center in Philadelphia in 2016 was the sort of border security that they could sign onto.

Of course, the Democrats were really trying to keep out undesirables. And by that they meant Bernie Sanders supporters.

As the Daily Caller reported:

Many of the protesters who gathered outside of the barrier were supporters of Independent Vermont Sen. Bernie Sanders.

Some Democrats, like Brady Brassfield, told WJLA they felt “cheated” after seeing the extensive security constructed by the DNC.

“They don’t want to hear what we want to say or see what we have out here, really,” Brassfield said.

The Democrats also did not want to hear what Bernie Sanders had to say in 2016, either. It was all about the coronation of Hillary Clinton, so contrary views were not wanted.

Indeed, the Democrats went nuts on security for their 2016 convention. The Party actually erected about four miles of fencing in concentric stages to keep the riff-raff out of their august presence. 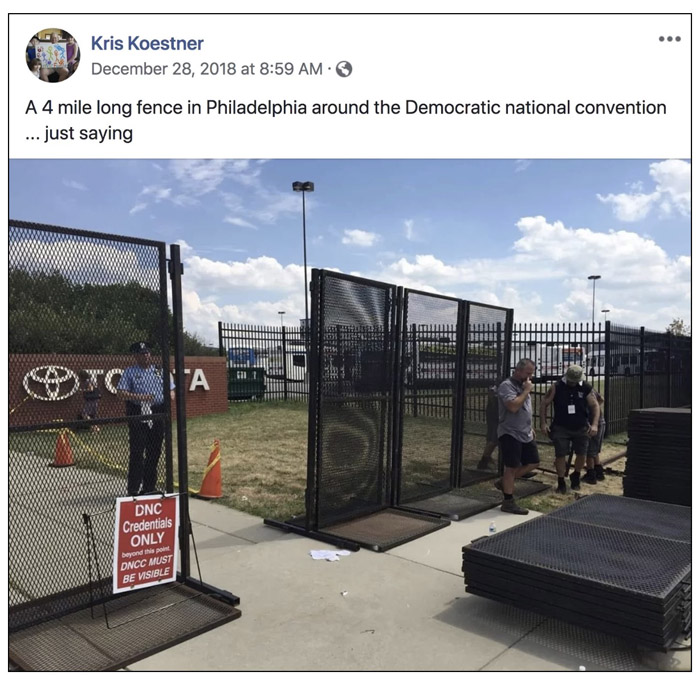 In July of 2016, for instance, The Observer wrote:

Much has been made of the gigantic four-mile wall that the security people have built to shield DNC attendees from the robust protests taking place throughout Philadelphia. Even People magazine noted that high-profile supporters of Bernie Sanders cannot get anywhere near the delegates they’re hoping to influence and several have been arrested trying to scale the 8-foot fence that rings not just the stadium proper, but a giant area outside the stadium.
According to the US Secret Service, it was a nearly unprecedented effort to shield convention-goers from the riffraff. Special Agent James Henry told NBC10.com that it would include “no-scale fencing to enclose the Wells Fargo Center and Xfinity Live!”

What may look like a boring story about securing an area during a naturally contentious event is of course irresistible because of the irony of the Democrats, who have made sport of Donald Trump’s focus on building a wall on America’s southern border, being protected by a wall surrounding their convention.

I would say hypocrisy, as opposed to irony.

Anti-Trump Muslim Congresswoman Gets WORST News of Her Career (Details)