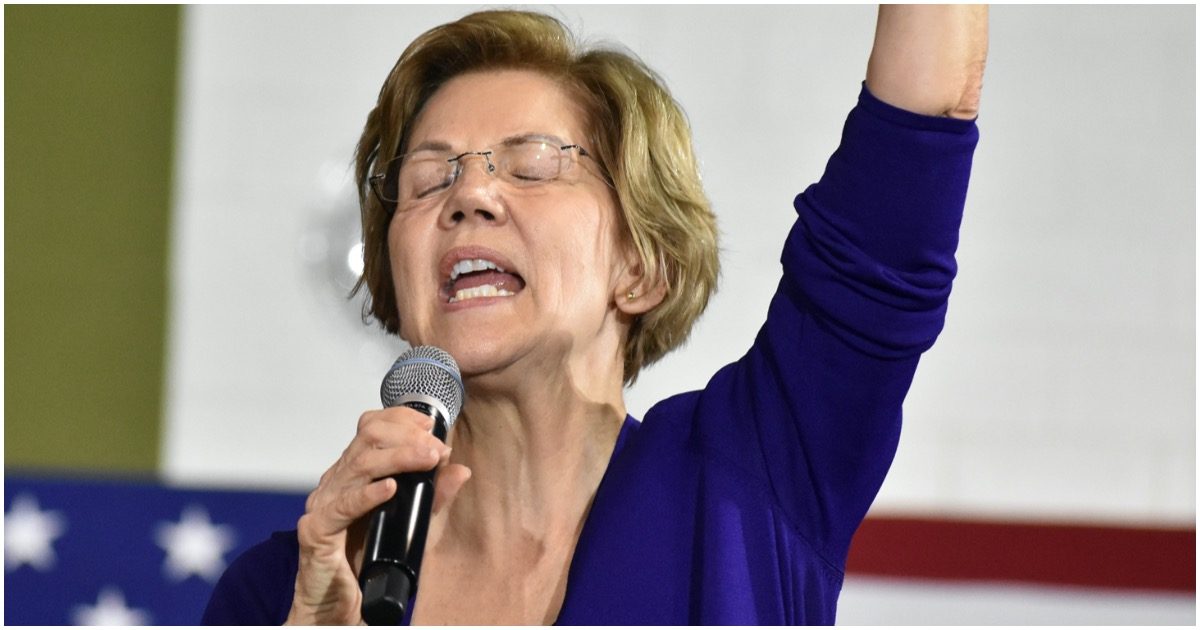 She stated, “See what I want to see us do — I hadn’t thought about that in terms of that specific part — what I want to see us do is get off an oil economy, not only for ourselves, but for the rest of the world. I want to see us move entirely to green. And let me say on this, I not only support a Green New Deal — I don’t think it goes far enough — I also have a Blue New Deal, because we’ve got to be thinking about our oceans as well that we need to protect.”

Why would she lie like this? Is it because like all other Democrat Socialists she attempts to keep her uninformed fans in the dark?

The problem is that Warren can say whatever she wants and get away with it because she has the media on her side.

Holy shit. I have Warren on video lying about where she sent her kids to school.

Sarah Carpenter: "I read that your children went to private schools"

Warren: "No my children went to public schools" pic.twitter.com/PEHr3jNvjx

Warren was confronted by an activist for sending her son to a private school, and denied doing so.

Then she admitted to the ⁦@FreeBeacon⁩ that she sent her son to private school beginning in 5th grade. https://t.co/eeQD8Bem3g

Holy shit. I'm the first to figure it out.

Warren has been trying to cover this up since she fights against school choice.

I found this yearbook entry for Alex Warren (born in 1976). It's the only one.

It's Kirby Hall School. A private school right next to UT in Austin Texas (where Warren was teaching). pic.twitter.com/q4ACGb3Ncq

Here's the ONLY family photo I could find of Alex on the internet (left).

The other photo was from the school yearbook (right).
He is now 43. pic.twitter.com/I8RHDIA9JD

Here's information on the school.

I do not blame Alex one bit for attending a private school in 5th grade. Good for him.

This is about Warren exercising school choice for her own kids while fighting hard to prevent other families from having that option.