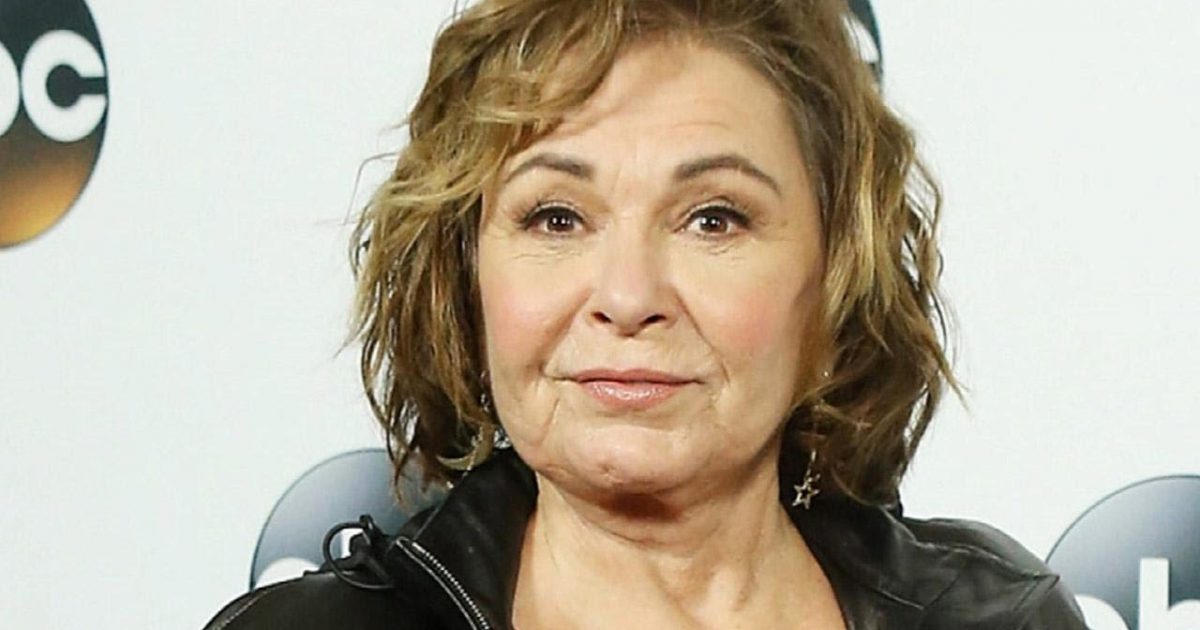 (The Olive) I want to be clear from the outset here so there are NO misunderstandings. Roseanne’s tweet concerning Valerie Jarrett was way out of line and I condemn it without reservation. That does not mean I condemn Roseanne personally – I do not and I will not.

I won’t pretend to know why Roseanne said what she did, nor will I pontificate on the possible reasons why. Here is what I do know; that those on the left will never admit – if I (and anyone else) were to condemn Roseanne for one utterly foolish comment, (or deed) then applying the same standard, I would by necessity have to condemn myself as well, many times over.

Because of one insulting, derogatory, and stupid tweet, ABC cancelled Roseanne’s show. Was ABC justified in doing this? Yes and no. ABC has every right to cancel any show they want to on their network, it’s that simple – but what was the reasoning behind the decision? I submit to you that the public face of Disney/ABC’s decision is not all there is too it.

Here is a sample of said “reasoning”:

From Channing Dungey, President of ABC Entertainment: “Roseanne’s Twitter statement is abhorrent, repugnant and inconsistent with our values, and we have decided to cancel her show.”

There was only one thing to do here, and that was the right thing. (source)

So Roseanne’s comments were inconsistent with Disney/ABC standards, and axing Roseanne was the right thing to do. Really? This writer is not buying what ABC is selling. In fact, I’m going to say that ABC is full of it. Disney/ABC is inconsistent in their decisions and they play favoritism in a huge way.

Here are some responses on Twitter that prove my point:

Meet #ChanningDungey
She tolerates misbehavior, vulgarity, profanity, threats of murder to our POTUS, and Weinstein behavior, amongst her employees, but if you are a conservative and misbehave,
well dammit you’re fired! #RosanneBarr #1A pic.twitter.com/xdL4ytoKS9

Cancelling Roseanne was overkill and purely political. Double standards all over your network, day and night. https://t.co/pLtb4xmkns

. @THEHermanCain on ABC canceling #Roseanne: “I believe they were looking for a reason to cancel #Roseanne and here’s why. Even though the show was a ratings success, forces within ABC didn’t like the fact that her conservative defense of certain things was so popular.” pic.twitter.com/WPe65CZjo2

Watching the Left’s shameless useful idiots who produce memes like those below as weapons with which to humiliate and dehumanize Donald Trump now feigning outrage while attacking @therealroseanne over a primate reference..?

As you can see, there are a lot of people who do not agree with ABC’s decision to cancel Roseanne. Granted, Roseanne’s tweet comparing Valerie Jarrett to an ape etc. is indefensible. At the same time, is it ok for Jimmy Kimmel to insult the First Lady for her accent while reading to children? How about Kimmel’s old routine where he asked women to grab his crotch and put their mouth on it? This is the kind of “talent” ABC hires.

Roseanne has to go, but Joy Behar of The View can insult Mike Pence, Vice President of the United States for his Christian views saying Pence’s views are a “mental illness.” There is often a double standard on The View, but apparently that is fine with ABC – that is not a surprise since ABC and it’s parent company Disney are solidly left-wing.

Then there is this absolutely disgusting foul-mouthed degenerate; one Keith Olbermann, who is employed by ESPN – also owned by Disney. Remember Roseanne was summarily tossed out the door for comparing Valerie Jarrett to an ape, butOlbermann’s multiple foul-mouthed tweets aimed at President Trump are apparently ok with Disney as ESPN just hired Olbermann again! But it’s ok because Olbermann is a liberal. 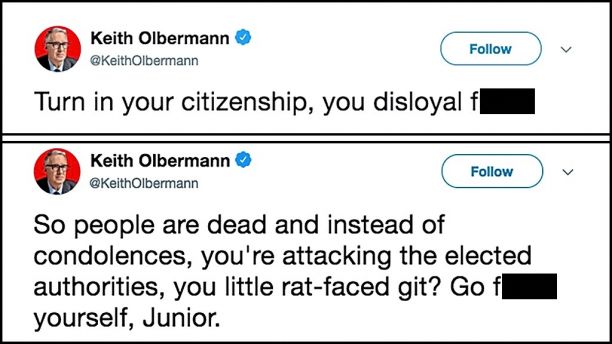 One more example of left-wing bias – Samantha Bee, ever hear of her? Samantha has a cable network show on TBS. Recently, sweet as honey Samantha referred to Ivanka Trump using the C word for female anatomy. NO woman should EVER be called by that name. Needless to say, Samantha Bee still has her show. Why is Samantha allowed to get away with this? Ari Fleischer has the perfect answer:

Ari Fleischer, the White House press secretary under President George W. Bush, wrote on Twitter, “There’s no uprising against Bee. Why? Because she is liberal.” (source)

While everyone is crying racism over Roseanne’s tweet, there is this observation from Twitter I thought was spot on:

I personally find the View with behar and sadly Whoopie (cause I still love her as an actress) spew more hate. Their words carry more racist undertones than any other show on abc [sic] (source)

Yeah, but you have to understand! If you are in the left’s bailiwick, then anything you say goes, or if you are actually called out on it, you need only give an insincere apology and it’s all good. If however you are conservative, you are strung up by your toes, eviscerated at length, and hung out to dry with an industrial sized air dryer pointed at you.

Or, one could simply say there is rampant favoritism and colossal political correctness.

Is that a fact? Let’s look at the so-called values of Disney/ABC:

The Christian concert Night of Joy was cancelled by Disney after being an annual event for over 30 years. Reason why? In the interest of “continually changing our offerings.”

Disney remade one of it’s classics made for children with a scene in it that was not only homosexual, but featured the beast as a depiction of Baphomet. For those that do not know, Baphomet is a representation of Satan.

In 2015, Disney the parent company of ABC decided to develop a sitcom based on a homosexual activist/X-rated gay sex columnist – despite high pressure not to do so.

Again, I’m not defending Roseanne’s tweet, but at the same time ABC’s decision on her show seems to this writer to be two-faced and over the top.

Roseanne is essentially fired by ABC for an insulting tweet, while others at ABC can be just as insulting if not more so, vulgar, nasty, and racist, and nothing happens to them – why? because they are liberals with liberal privilege.

Other Hollywood self-righteous clowns are busy trashing Rosanne while being guilty of their own not-so-clean views and comments.

Disney/ABC condemns Roseanne while tolerating all kinds of poor behavior and vicious comments from its staff. As well, Disney is indoctrinating children to believe that homosexuality is perfectly normal and ok – well, it’s not.

Disney/ABC as well as others trashing Roseanne should take a good honest long look in the mirror – they may not like what they see.

How In The World Does This Woman Even Have A News Program Anymore?