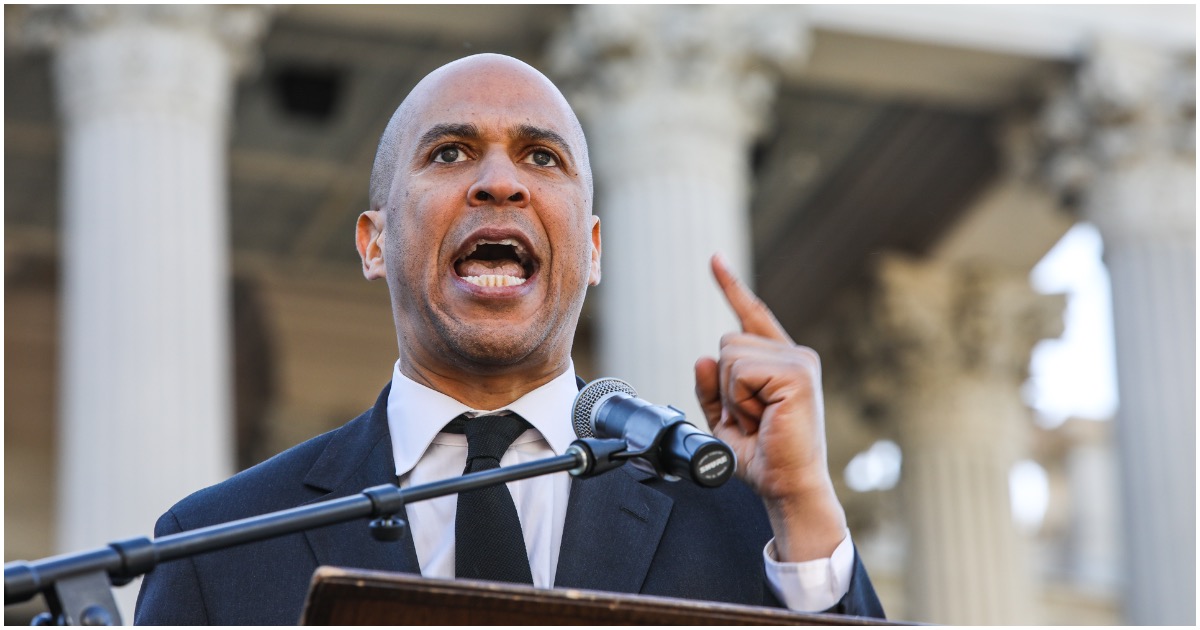 He could’ve gone to any of the 50 states in America.

2020 Democrat presidential contender went to Mexico to campaign for president.

Think about that? Read between the lines.

Sabrina Singh, the national press secretary for the Booker campaign, announced the effort on her social media account Wednesday.

NEWS: Today @CoryBooker crossed the U.S. border from Juarez to El Paso with @fams2gether to help escort 5 asylum-seekers and try to prevent them from being sent back to Mexico.

NEWS: Today @CoryBooker crossed the U.S. border from Juarez to El Paso with @fams2gether to help escort 5 asylum-seekers and try to prevent them from being sent back to Mexico. https://t.co/SiDIvXJiCc

The senator spent 4+ hours speaking w/ the asylum seekers at the Organización Internacional Para Las Migraciones (OIM) in Juárez prior to the border crossing. The action comes following the campaign’s statement to end the border crisis. https://t.co/t3nqwTyyA5 pic.twitter.com/t0AllW6d8B

“…I’m gonna fight for these five folks and do everything I can to see that they get fairly evaluated. This is a long process that they’re now engaged in and I’m gonna make sure my office does the right thing…” @SenBooker upon arriving across the border pic.twitter.com/PuFbu7p18d

Booker is running for president but he doesn’t want to be president.

If he did, he wouldn’t have just introduced sweeping new gun regulations that would be enforced if he was somehow elected POTUS.

Making matters worse, Booker refused to answer whether or not he’d throw Americans in jail if they refused to hand over their guns to the federal government.

Cory’s campaign is effectively through.

Sen. Cory Booker (D-NJ) seems to be struggling to get much traction for his 2020 presidential bid. According to prediction market website PredictIt.org, Booker is currently the eighth most likely Democrat to win the presidential nomination. And in one recent Democratic presidential primary poll that shows former Vice President Joe Biden with a massive 32% lead over socialist Sen. Bernie Sanders (I-VT), Booker barely registers with merely 3% support.

In other words, Booker needs a spark — perhaps a spark to energize the increasingly hard-left Democratic Party activist base. In a CNN appearance on Monday, Booker may have tried to generate that spark by offering a (tyrannical and anti-constitutional) paean to the vehemently anti-Second Amendment partisans of the Democratic Party base.

It is not patriotic to stand for the national anthem.

It is also not patriotic to believe America is number one OR that police officers provide a valuable service to the community OR to abide by the Constitution.

However, it is patriotic to raise taxes.

Booker does not deny he is going to raise taxes, cites “patriotism” to justify ithttps://t.co/7uA83FvD10 pic.twitter.com/qlzHsBewJ9

Bye, Cory. Thanks for running.

It has been a blast!

The Dem nomination will most likely go to Bernie or former Vice President Joe Biden. It’s really that simple.